Mountain hiking routes for tourists established in Azerbaijan's Shaki The Shaki Destination Management Organization, under the Azerbaijan Tourism Board, has completed the marking of hiking trails with a total length of 26 km, started in 2020 and 2021, and includes four different directions, Report informs, citing the State 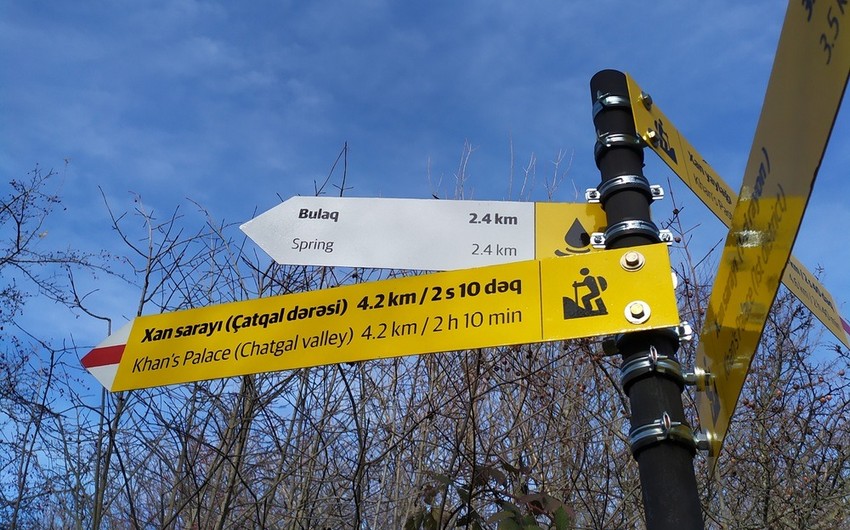 The Shaki Destination Management Organization under the Azerbaijan Tourism Board has completed the marking of hiking trails with a total length of 26 km and four different directions started in 2020 and 2021, Report informs, citing the State Tourism Agency.

In the first stage, the ancient path connecting the Upper Caravanserai and the area called Gullutapa was marked, and in the second stage, the mountain route connecting the Khan's Palace with the Khan plateau and Gurjana waterfall was marked and opened.

Incoming tourists, using the mountain walking route connecting the Khan Palace and Gurjana waterfall, will be able to see the beautiful views of Shaki, the historic minaret of the destroyed mosque, roads paved with stones, the house-museum of the poet Bakhtiyar Vahabzade.

In addition, two routes connecting the Khan's Palace and the Khan plateau have been marked and opened for use. One of them passes through the territory called First District in the Yukhari Bash State Historical-Architectural Reserve. The other passes through the gorge known among the residents of Shaki as Chatgal. Information on suitable camping sites on the routes, as well as directions and springs, is indicated by arrow marks and signs.

Work on other mountain trails in the region is expected to continue. 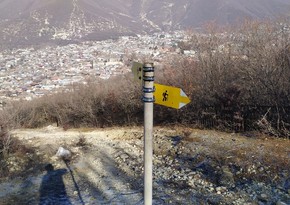