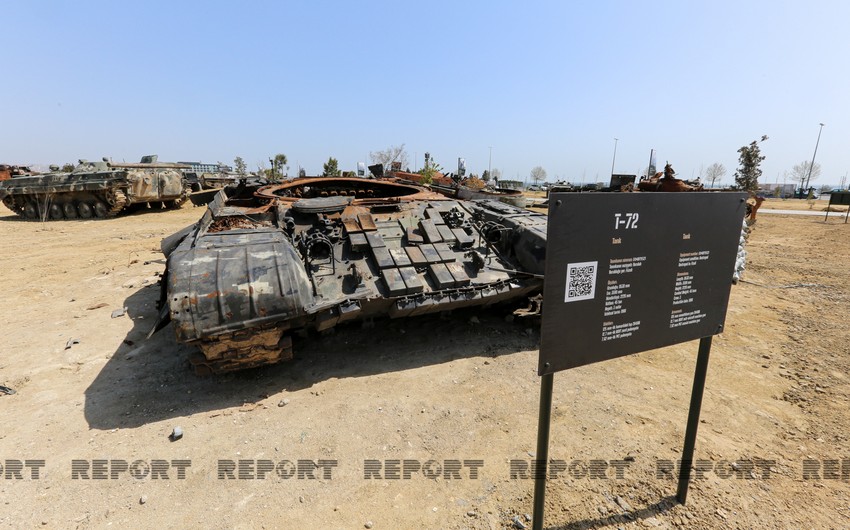 From today, the visitors are allowed to enter the Military Trophy Park.

According to Report, the entrance fee to the park is 2 AZN for citizens.

Children under 6, families of martyrs, and veterans can enter the park for free.

Notably, on April 12, President of Azerbaijan Ilham Aliyev attended the opening ceremony of a Military Trophy Park in Baku. A total of more than 300 exhibits are on display in the park, including about 150 pieces of heavy equipment, tanks, combat vehicles, artillery, anti-aircraft missile systems, small arms, and military transport. The exhibits, the 10-wall defense system, shelters, military barracks, and information about the Patriotic War course allow reviving the battles that brought victory to Azerbaijan.