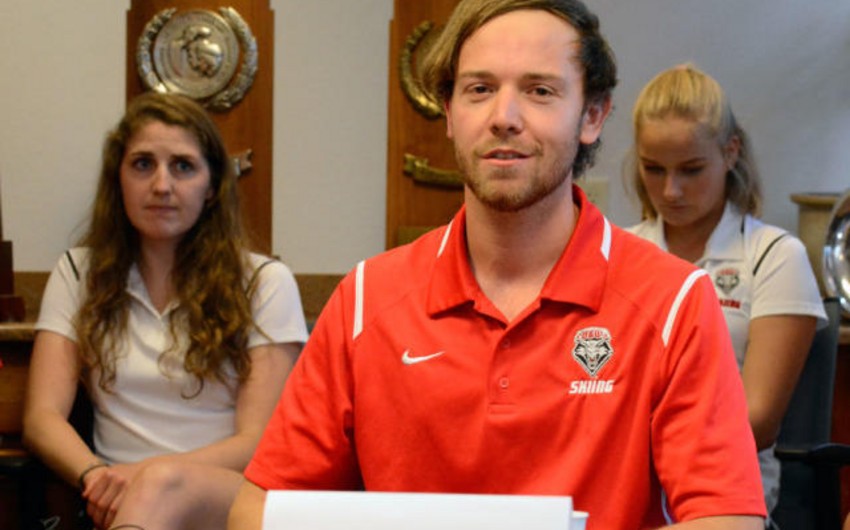 Baku. 11 December. REPORT.AZ/ Name of an athlete to represent Azerbaijan in PyeongChang 2018 Winter Olympics was disclosed.

Spokesperson of the Azerbaijan Mountain Ski Federation Afaq Zeynalova told Report that this is Patrick Brachner. The Austrian legionary will compete in slalom and giant slalom competitions among men. 25-year-old athlete will participate in the Games for the second time. He has also participated in the 2014 Sochi Winter Olympics. Taking 53rd place in giant slalom, Brachner failed to reach the finish line in the slalom competition.

He qualified for the upcoming Olympics thanks to the points from various tournaments. According to Zeynalova, Brachner's visit to PyeongChang was under question recently due to his personal concerns. Therefore, the federation wanted to send Andorran Robert Solsona to the Olympics. However, Brachner has already solved the problem and stated that he is ready to compete in the South Korea.

Notably, XXIII Winter Olympic Games will be held from February 9 to 25, 2018.