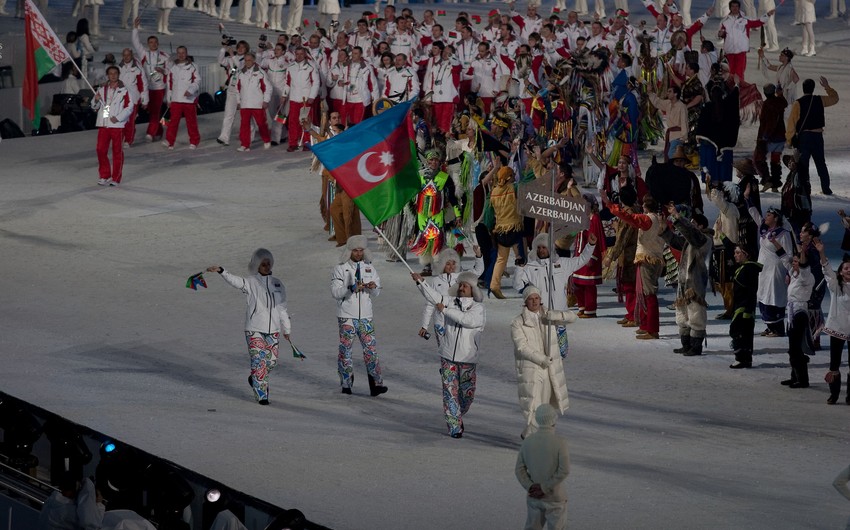 Baku. 22 January. REPORT.AZ/ The composition of the Azerbaijani delegation and name of the flag bearer from Azerbaijan at the XXIII Olympic Winter Games in South Korea's PyeongChang have been identified.

According to him, at the opening ceremony on February 9, the country's only representative, Patrick Brachner will bear the flag. Brachner will participate in slalom and big slalom competitions. Baghirov said that any member of the delegation had the chance to carry the flag at the previous Winter Olympics. But this time the International Olympic Committee has demanded to appoint athlete as the flag-bearer. That's why the Austrian legioner will have to fulfill that mission. The delegation includes 11 people, including NOC Vice-president Chingiz Huseynzade, Deputy secretary general Azer Aliyev, Deputy minister of youth and sports Ismayil Ismayilov, head of sports department Farid Mansurov, President of Azerbaijan Mountain Ski Federation Rauf Khalilov.

Brachner will represent Azerbaijan at the second consecutive Olympic Games. He has also participated in the 2014 Sochi Winter Olympic Games. At the same time, Brachner who took 53rd in slalom, did not reach the finish line in the slalom competition.

Notably, , which will be attended by 2500 athletes ends on February 25.