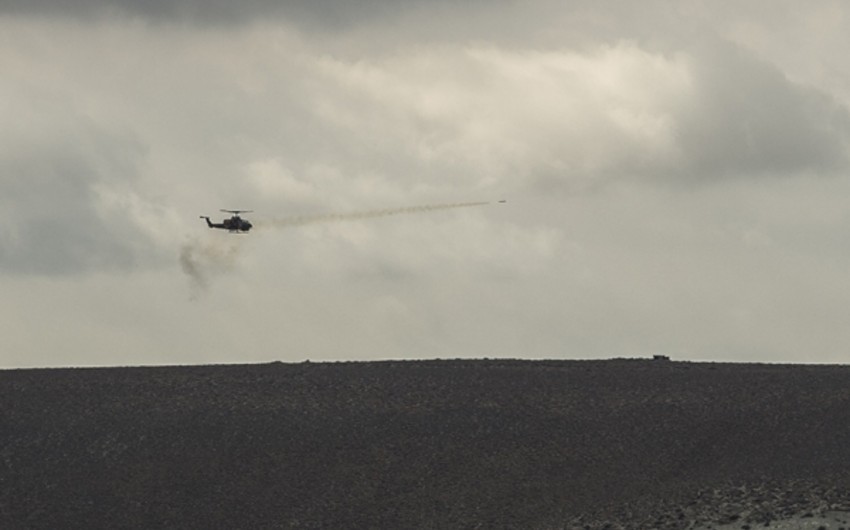 Baku. 28 April. REPORT.AZ/ 'We share the concerns of the US Department of State and the Ministry of Foreign Affairs of the Russian Federation on the deterioration of the situation at the line of contact (LoC) of the Armed Forces of Armenia and Azerbaijan'.

Report was told by spokesman for the Azerbaijani Foreign Ministry Hikmat Hajiyev.

'Starting from the late hours of April 27 until April the 28th, the Armed Forces of Armenia using large-caliber weapons, mortars and heavy artillery shelled the densely populated civilian areas, state owned and private properties in Tartar and Aghdam districts of Azerbaijan, and the positions of the Azerbaijani Armed Forces.

As a result of irresponsible and targeted shelling of heavy weapons by the Armenian side against civilian Azerbaijani population in flagrant violation of the international humanitarian law, one civilian was killed, seven others were wounded in Aghdam region. As a consequence, on the night of 27-28 April alone more than 20 properties and social objects in Tartar and Aghdam regions were severely damaged. Overall, due to similar acts by Armenia starting from 2 April, public and private properties located in the settlements adjacent to the LoC have been severely damaged', he said.

'Cluster munitions used by the Armenian troops against the civilian Azerbaijani population living densely along the line of contact aimed at intentional destruction of manpower, do not bear any military goal and serve solely to perpetrate mass killings among the civilians. Unexploded cluster ordinances are source of threat for the lives and property of civilians for a long period of time.

Attempts of the Armenian Armed Forces to repeatedly carry out killings of civilians by inhumane means, is not an exceptional case, but rather an integral part of a planned and systematic state policy of terror implemented by the Republic of Armenia against Azerbaijan.

The responsibility of the responsive (retaliatory) actions that would be taken by the Azerbaijani Armed Forces against the Armenian military targets in order to ensure the safety of the civilian population living along the LoC, fully lies on Armenia.

The Azerbaijani side has comprehensively informed and warned the international community of Armenia’s preparations of new provocations', the statement reads.