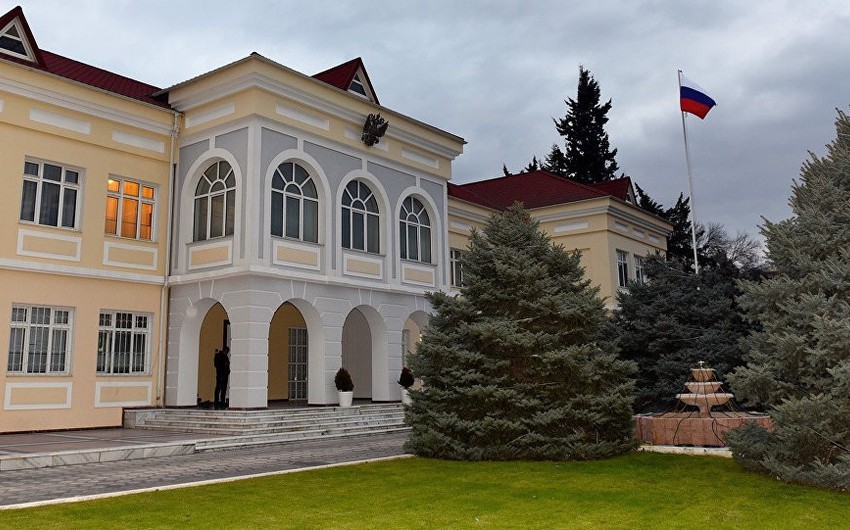 Azerbaijani civil society representatives have addressed an appeal to the Embassy of the Russian Federation in our country, Report informs.

“According to some sources, Araik Harutyunyan, the head of the former illegal regime established by Armenia in Karabakh, arrived in Moscow on a "personal visit." The head of the Union of Armenians of Russia Ara Abramyan also confirmed this information.

This news caused surprise and outrage in the Azerbaijani public due to certain reasons.

First of all, professional diplomats should be well aware that even if Mr. Harutyunyan's visit to Moscow is personal, he must present a valid document issued by Azerbaijan, in order to cross the border. Were these rules obeyed during the visit of Araik Harutyunyan to Russia?

We would also like to remind you that during the 44-day war, Araik Harutyunyan openly claimed responsibility for the rocket fire on the residential areas of Ganja. This is a war crime. Araik Harutyunyan is currently wanted by the Prosecutor General's Office of Azerbaijan on several charges, including war crimes and crimes against humanity.

It’s been a long time since Azerbaijan and Russia signed agreements on legal assistance, which also provide for the extradition of wanted persons. But how can the Azerbaijani public evaluate Araik Harutyunyan's open visit to Russia against such a background?

Araik Harutyunyan left for Moscow amid the incomprehensible uncertainty on the details of the Iskander-M operational-tactical missile complexes found in Shusha. We repeat: "Iskander-M" is a modification of operational-tactical missile complexes, which should not be exported to other countries. Today, the details of these missiles were exhibited in the Military Trophy Park in Baku. The serial numbers on these details are visible. However, unfortunately, we have not yet got a clear response from the Russian side, and the Russian media is expanding the campaign of insinuations against Azerbaijan.

At the same time, until our questions about the Iskander-M missiles are answered, there is a need to clarify the situation on Araik Harutyunyan’s visit to Moscow. We, the Azerbaijani civil society representatives, have to note that Araik Harutyunyan's current visit to Moscow contradicts the literal meaning and spirit of bilateral relations between Azerbaijan and Russia. This visit casts doubt on the peacekeeping mission of the Russian military in Karabakh. It is important to note that Russia, as a country suffering from aggressive separatism, must well understand Azerbaijan's fair position.

Therefore, we hope that the Russian Embassy in Azerbaijan will clarify this issue and answer questions from the Azerbaijani society."

Ramil Iskandarli – Chairman of the Legal Analysis and Research PU