Today, 101 years have passed since the assassination of Fatali Khan Khoyski, a prominent Azerbaijani statesman and one of the founders of the Azerbaijan Democratic Republic (ADR).

According to Report's local bureau, the first prime minister and foreign minister of the republic was assassinated in Tbilisi on June 19, 1920.

Khoyski, who was on his way to the Georgian capital after the collapse of the republic, was shot in the back by Aram Yerkanyan, a member of the nationalist Dashnaktsutyun party and the Nemesis terrorist organization. The various historical sources said the murder took place on the city's then Golovin Avenue (now Shota Rustaveli Avenue) near the Opera and Ballet Theater or near the former Yerevan Square (now Freedom Square).

As a result of the shooting, F. Khoyski died at the scene, and the former Minister of Internal Affairs of the ADR, Khalil bey Khasmammadov, was seriously injured. There are also historical sources that Khoyski died not at the scene but after being taken to hospital.

F.Khoyski, a victim of Armenian terror, was buried in the Muslim cemetery in Botanical Garden, Tbilisi - the pantheon of today's prominent Azerbaijanis. The grave of Hasan bey Agayev, another Azerbaijani statesman killed by Armenians in Tbilisi in July 1920 - Deputy Speaker of ADR is located in the pantheon.

An obituary was published in the June 23, 1920 issue of the Sakartvelo (Georgia) newspaper, published in Tbilisi, connected with the assassination of the first Prime Minister of Azerbaijan. The June archives of the Georgian National Parliamentary Library did not contain any issues. The photo chronicle section of the Central Library includes a collective photo of Khoyski from 1920, which includes members of the government of the first Democratic Republic of Georgia Noe Ramishvili, Akaki Chkhenkeli and others, Prime Minister of the ADR Nasib bey Yusifbeyli, Deputy Interior Minister, former Minister of Roads Ibrahim bey Heydarov. 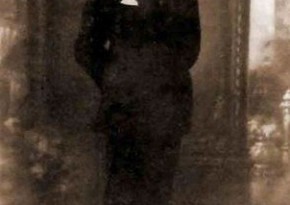 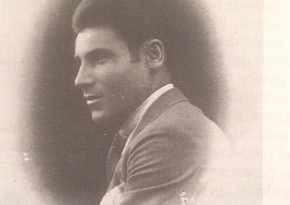