Expressing satisfaction with seeing the guests in Iran, Major General Mohammad Gharaei Ashtiani stressed that religious, historical and cultural ties between the peoples of the two countries are based on traditional friendship. The Iranian minister stressed that the development of military cooperation between Azerbaijan and Iran is an important factor.

In turn, thanking for hospitality, Colonel General Zakir Hasanov noted that the Azerbaijani-Iranian relations have a long history and are built on solid foundations.

Colonel General Z. Hasanov invited the Minister of Defense and Armed Forces Logistics of the Islamic Republic of Iran to pay an official visit to Azerbaijan.

The sides exchanged views on the prospects of cooperation between Azerbaijan and Iran in the fields of military, military-technical and military medicine, the organization of mutual visits of expert groups and other issues of interest.

At the end of the meeting, a protocol was signed between the parties. 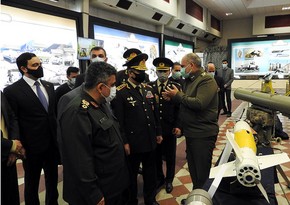 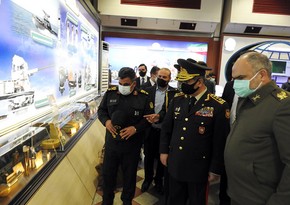