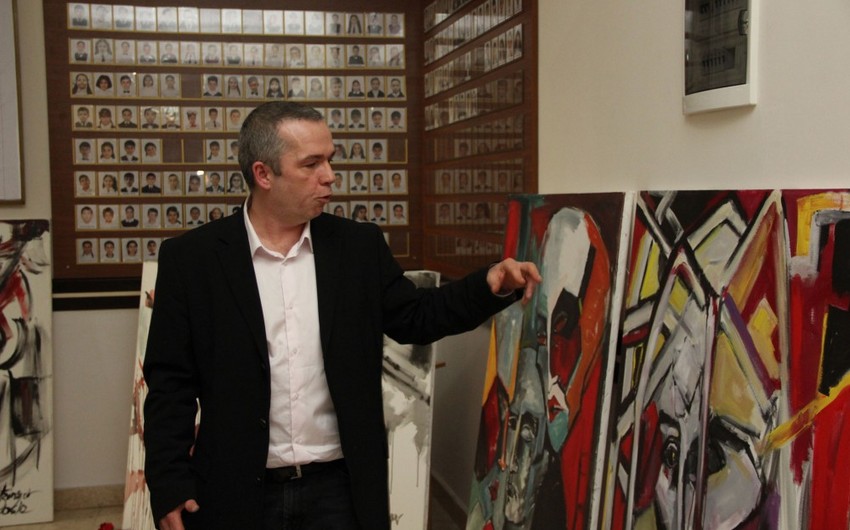 "I congratulate all the Azerbaijani people on the victory," French artist and sculptor Reno Baltzinger told Report's French bureau.

Baltzinger noted that the time has come to return Nagorno-Karabakh to its traditional, ancient spirit: "This Patriotic War is a great victory for the Azerbaijani people. Refugees will be able to return to their lands. Naturally, there is a great need for new buildings in the lands that were liberated from occupation. Nagorno-Karabakh has an ancient history. The time has come for Azerbaijan to revive the traditional spirit in Nagorno-Karabakh. The ancient buildings destroyed by the enemy and monuments must all be restored. However, new modern buildings should be erected there as a symbol of this victory, because every Azerbaijani played a role in achieving this victory. The entire Azerbaijani people took part in this hard work. The President of Azerbaijan managed to end this war with victory in a very short time."

According to Baltzinger, he always believed that the Nagorno-Karabakh conflict would be settled: “I began to create my works dedicated to Karabakh, in particular, the Khojaly genocide, refugees since 2012. I am the author of nearly 70 works of art on this topic. During my visit to Baku, I met with refugees from Khojaly and we had long discussions. Most of them said the Nagorno-Karabakh conflict would not be resolved. However, I was sure that the situation would not remain in limbo for so long, and a war would start. Moreover, the parties put much pressure on each other."

The French sculptor emphasized that Azerbaijan is one of the few states claiming its rightfulness.

"Today, you will be virtually unable to find such a small state which managed to claim its right, it is a rarity. And Azerbaijan demanded and won a victory. Armenia was supported by many states, including France. I am furious about the pro-Armenian position of my country's president during the conflict. There is an Armenian diaspora in France, numbering 6,000 people. Armenians hate me for my works dedicated to the Khojaly genocide," Baltzinger said.