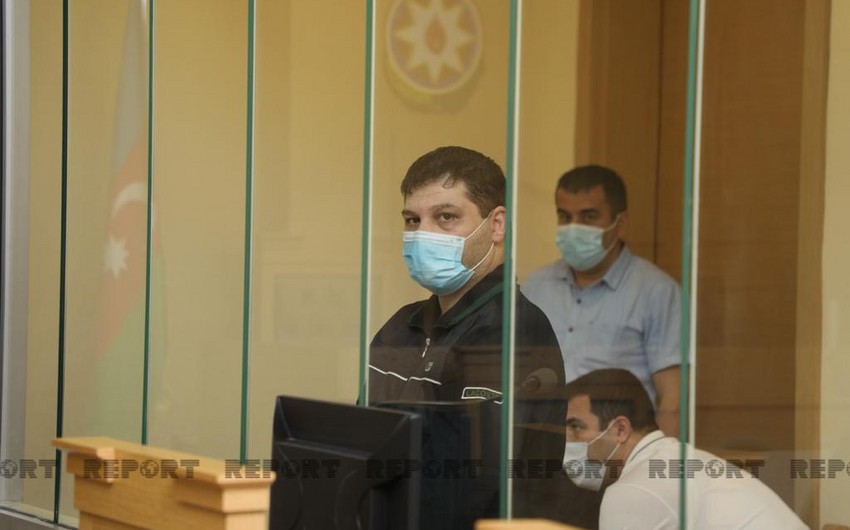 The trial of Lebanese mercenary terrorist Euljekjian Vicken Abraham, who fought in Karabakh, ended today in the Yasamal District Court.

According to Report, the defendant was sentenced in a trial chaired by Judge Elbay Allahverdiyev.

The court convicted Abraham of 20 years in prison.

Thus, he will serve the first five years of his sentence in jail and the rest in a maximum-security prison.

Today, the Yasamal District Court will continue the trial on the criminal case of Lebanese mercenary terrorist Euljekjian Vicken Abraham, who fought in Karabakh.

According to Report, the court is expected to announce the verdict in the trial chaired by Judge Elbay Allahverdiyev.

The public prosecutor demanded that the accused be sentenced to 20 years in prison at the last court hearing.

The investigation established that on September 29, 2020, Euljekjian Vicken Abraham, born in 1979, a citizen of the Lebanese Republic, a resident of Beirut, initially accepted Hovak Kikia's offer, a citizen of the Republic of Lebanon, to participate in military operations in the occupied territories of the Republic of Azerbaijan as a mercenary in exchange for a material reward of $2,500. For this purpose, on the same day, with other persons as a member of an organized group, he deliberately crossed the protected state border of the Republic of Azerbaijan from the area of Armenia outside the checkpoints and arrived in the territories where other mercenaries were also present.