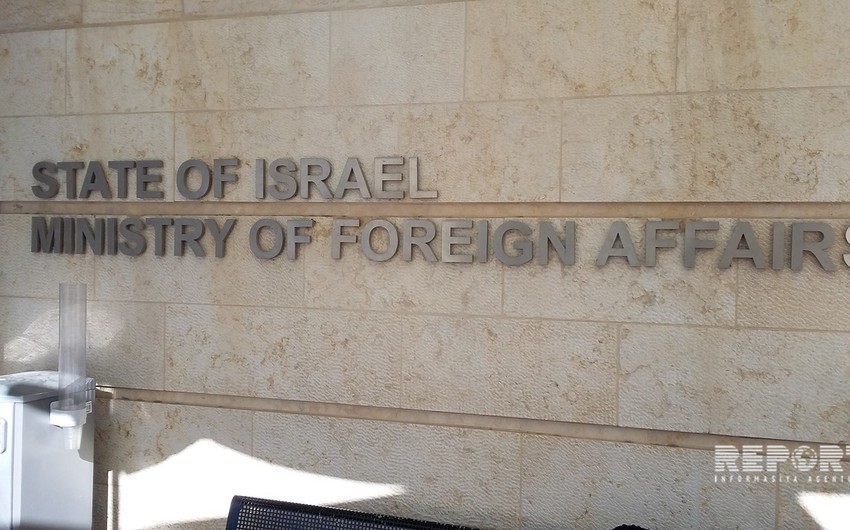 Baku. 19 December. REPORT.AZ/ The Israeli Foreign Ministry has commented on situation in connection with the arrest of 40-year-old Russian-Israeli blogger Alexander Lapshin in Belarus and his extradition to Azerbaijan.

Report informs referring to the Israeli Ministry of Foreign Affairs, Israel and Azerbaijan have close relations as was also seen during the recent visit of Israeli PM Benjamin Netanyahu to Baku. "We are confident that our relations will continue to be strong", said the ministry.

According to Israeli media, Israeli officials asked their Belarusian counterparts to discuss the situation with Israel. In addition, Israeli MFA tries to solve the issue through its embassy to Baku.

Prosecutor General's Office of Azerbaijan stated last week that Alexander Lapshin was included in the blacklist of the Azerbaijani Ministry of Foreign Affairs in 2013 due to his illegal visit to Nagorno-Karabakh along with other bloggers. In 2015, he entered the Azerbaijani territory through Georgia with the Ukrainian passport. In April 2011 and October 2012 he entered the occupied territories of Azerbaijan, promoted illegal regime in his own website http // puerrtto.livejournal.com, as well as named the Nagorno-Karabakh as an independent state. He has also called on infringement of territorial integrity of internationally recognized territories of Azerbaijan.

As his name was written as Oleksandr in the passport, he managed to enter the country unhindered. The blogger was declared wanted for breaking the law “On violation of the state border” of Azerbaijan.

Information notes that, criminal case has been launched against him under articles of Azerbaijani Criminal Code 281.2 (Public appeals directed against the state) and in 318.2 (illegal crossing the state border of Azerbaijan Republic) and has been declared wanted.

Notably, earlier, Ministry of Foreign Affairs of Azerbaijan included name of A.Lapshin in the travel black list in regard with his illegal visit to the occupied territories of Azerbaijan.