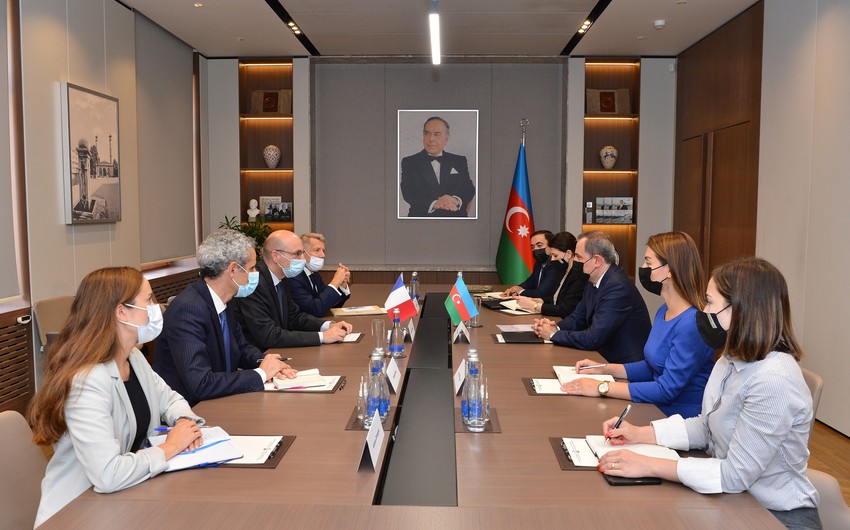 During the meeting, the sides discussed the current regional security situation, including the implementation of trilateral statements, cooperation with international organizations, and other topics.

The sides also exchanged views on the Azerbaijani-French cooperation agenda and expressed mutual interest in the matter, noting the existing potential for the further development of cooperation.

Minister Jeyhun Bayramov drew attention to the illegal visit of some members of the French National Assembly to Azerbaijani territories, noting that such steps undermine the existing post-conflict peacekeeping efforts in the region.

The officials also discussed other issues of mutual interest.