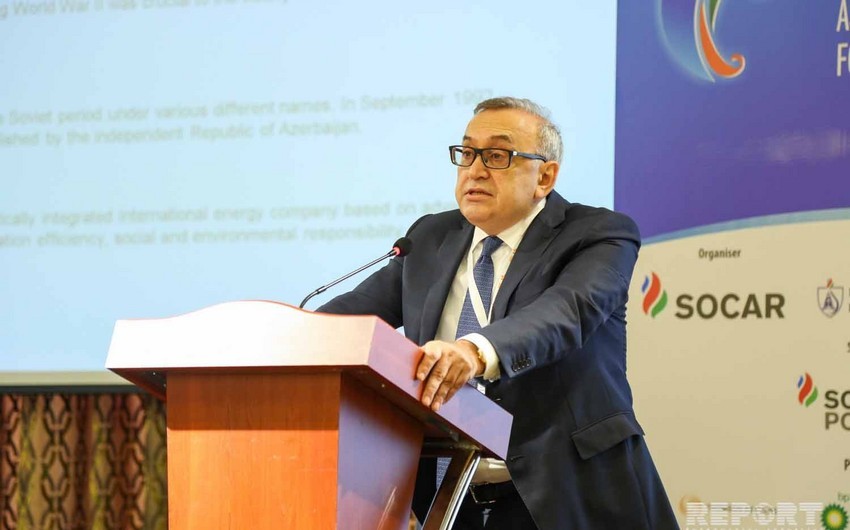 Production may begin in 3-5 years in the Dostlug field on the Azerbaijan-Turkmenistan border in the Caspian Sea, State Oil Company of Azerbaijan (SOCAR) Deputy Vice President for Investments and Marketing Vitaly Baylarbayov said in an interview with , informs.

"I believe it is reasonable to assess that within three to five years of the final agreement between the sides [Azerbaijan and Turkmenistan], production will commence," Baylarbayov said.

Other offshore gas fields, such as the previously disputed Kapaz/Serdar field, recently renamed Dostlug (Friendship) field, which as reported by different sources to contain at least 30bcm of gas as well as commercial oil quantities could be jointly explored by Azerbaijan and neighboring Turkmenistan.

"In addition, Absheron, Umid-Babek, Karabakh, Shafag-Asiman [fields] and others are currently at different stages of development. We are developing the plans for these fields based on anticipated market demand," he said.

The gas fields are thought to contain over 1 trillion cubic meters of gas.

The field, known as Kapaz in Azerbaijan and Serdar in Turkmenistan, has rich oil and gas reserves and is located on the two countries' maritime boundary. Azerbaijani oil workers discovered the field during the Soviet era in a 4-kilometer-deep layer, and in 1989, the first exploration well was drilled there. In general, the geological exploration in the Caspian Sea and the discovery of new fields is directly linked to Azerbaijani oil workers and geologists. Khoshbakht Yusifzade, Gurban Abbasov, Bahman Hajiyev, and other oil workers played a significant role in this work.

During the Soviet era, this field was called "Promezhutochnoe" (Midline) because of its location. Although the Dostlug field was discovered by Azerbaijani oil workers, due to its location on the sea border between Azerbaijan and Turkmenistan, it has not been possible to develop it for many years, and the issue has been the subject of constant negotiations. In 1998, an expert group was established to negotiate between the Republic of Azerbaijan and Turkmenistan on the midline coordinates in the Caspian Sea. Successive contacts and mutual visits between the heads of state have created a reliable basis for resolving all issues between the two friendly countries at a level satisfactory to both sides.