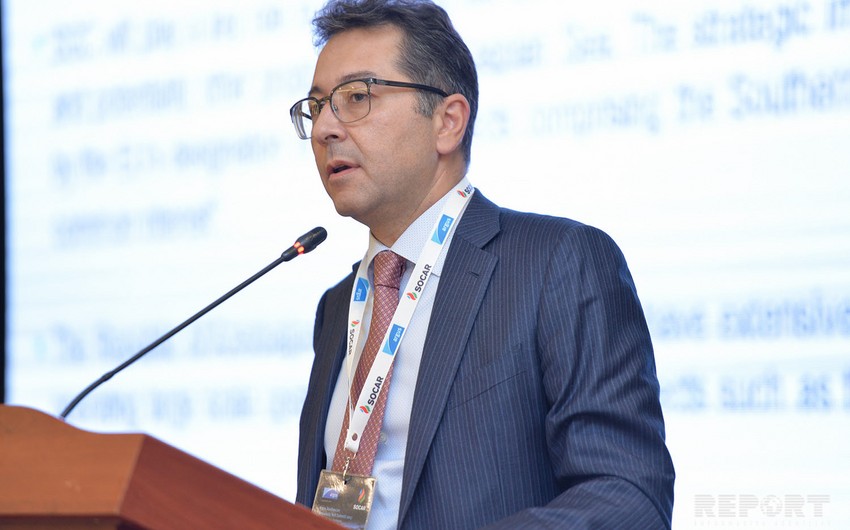 - What are performance indicators for the projects included in the Southern Gas Corridor?

- Within the framework of the project, 98.8% of the works have been carried out to develop the second stage of the "Shah Deniz" gas condensate field exploitation (on production of the first gas) and 100% of the works to transport the first gas on South Caucasus Pipeline Expansion (SCPX). 89.6% of works on TANAP construction, 62.6% on Trans-Adriatic Pipeline (TAP) construction has been completed.

- From which sources were funds attracted to finance share of Azerbaijan?

- SGC has attracted funds from the following sources to finance participation shares in projects until January 16, 2018:

1. Through the bonds in the amount totaling $ 2.5 bln issued by the SGC and acquired by the State Oil Fund of the Republic of Azerbaijan (SOFAZ);

2. Through the authorized capital in the amount of $ 2.4 bln provided by the Ministry of Economy and State Oil Company of Azerbaijan Republic (SOCAR);

4. Through debts directly attracted from the International Bank for Reconstruction and Development (IBRD) and Asian Infrastructure Investment Bank (AIIB) in the amount of $ 0.4 bln and $ 0.6 bln respectively;

5. Through the debt attracted from the European Bank for Reconstruction and Development (EBRD) in the amount of $ 500 mln;

6. Through the debt directly attracted from the Asian Development Bank (ADB) in the amount of $ 500 mln;

7. Through the debt attracted from the Asian Development Bank (ADB) on the syndicated loan in the amount of $ 524.5 mln under guarantee.

- With which financial institutions are discussions underway at present and what amount of funds is intended to be attracted?

- As you know, in December 2016, Board of Directors of the Multilateral Investment Guarantee Agency (MIGA) included in the World Bank Group has approved guarantee to the "Southern Gas Corridor" CJSC for the loan in amount of $ 750 mln on the investments allocated to TANAP project. Talks with commercial banks underway on the guarantee allocated by MIGA.

- The mentioned talks are continuing successfully and intended results are expected to be achieved. Organization of Eurobond reissue is not currently planned.