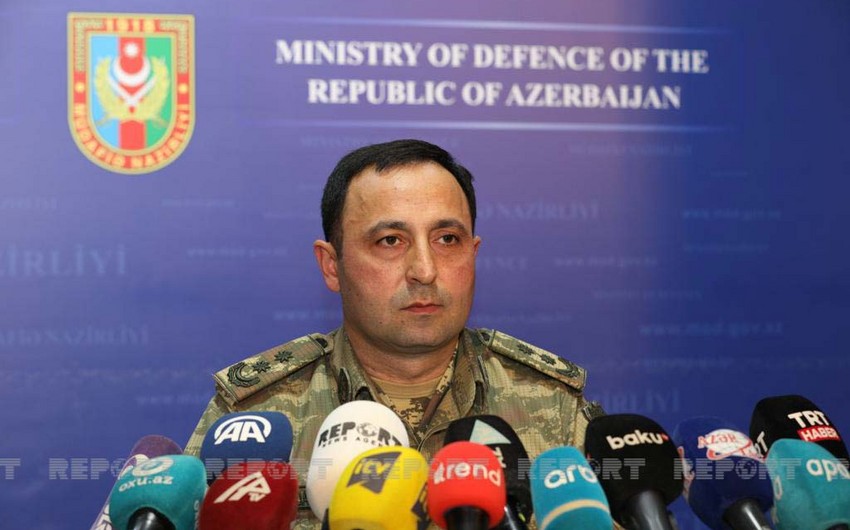 Compared to recent times, Armenian provocations have intensified today, Deputy Spokesman for the Azerbaijani Defense Ministry, Lieutenant-Colonel Anar Eyvazov said at a briefing on the large-scale provocations committed by the Armenian Armed Forces against Azerbaijan on the state border, Report informs.

The ministry official said that the Armenian side suddenly launched military operations: “Our posts were attacked, two of our servicemen were wounded, but their lives are not in grave danger.”

He noted that a large number of weapons and ammunition were seized as military trophies.

“Adequate measures have been taken. The attack was utterly defeated. Currently, the situation at the border remains tense. The operational conditions are under the control of our army,” he added.