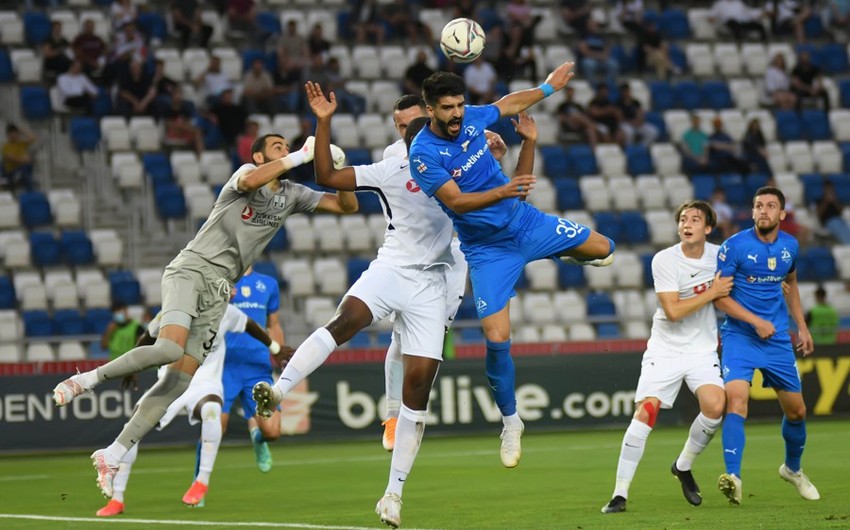 Today, Neftchi will play a return match in the UEFA Champions League first qualifying round.

According to Report, the Black and Whites will face Georgia's Dinamo (Tbilisi) at Bakcell Arena. The game will start at 21:00. Dumitru Muntean from the Football Federation of Moldova will conduct the match.

After about two years' break, the football fans will participate in the match of the Azerbaijani club within the European Cup match. Up to 50 percent of the stadium's total capacity will be allowed for Neftchi's game.

The first match between the teams in Tbilisi ended with a 2: 1 victory of the "whites and blacks." So, a draw will be enough for the Baku representative to qualify for the next stage. Due to the abolition of the away goal rule, the teams will fight for an additional 30 minutes if there is a draw. If necessary, a penalty shootout can be used to determine the winner.

It will be Neftchi's 20th-anniversary match in the Champions League. The flagship has won 6 of its 19 games so far. Five games ended in a draw, while eight ended with the defeat of the representative of the capital. Neftchi scored 16 goals in the most prestigious club tournament on the continent and scored 33 goals.