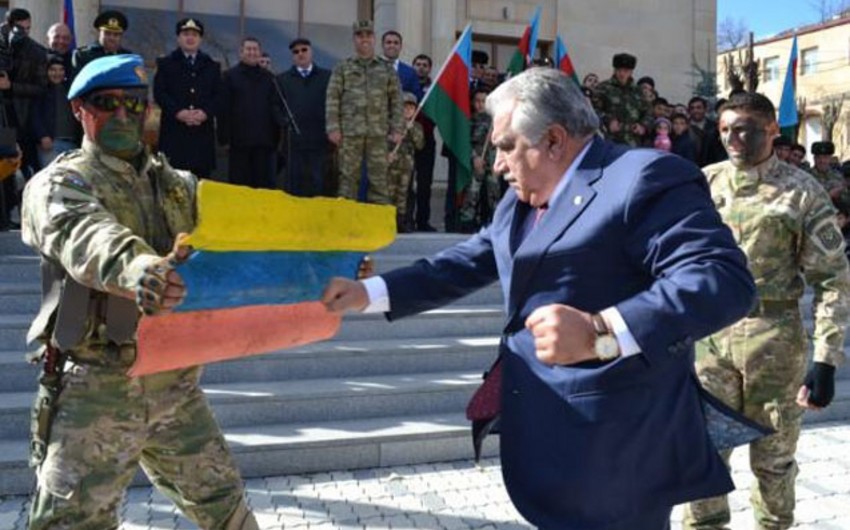 Baku. 10 November. REPORT.AZ/ “The flag made of slate that was carried during ceremony dedicated to the National Flag Day in Dashkasan on November 9 was an Armenian flag. It wasn’t a Columbian flag”.

He told that the flag had been made in military unit: “Those who present Armenian flag as Columbian, play into the hands of Armenians. We cannot liberate our occupied lands because of these people. How can I mess Columbian flag with Armenian?! The Armenian flag was simply held upside down. I think they did well. Moreover, soldiers would break the flag made of slate tramping upon it. I told them, “Stop; let me do it”. I broke it with one punch. I am veteran of Karabakh war; and when I broke that flag I recalled all atrocities committed by Armenians”.

Notably, according to claims spread in social networks and mass media, the flag broken in the National Flag Day event in Dashkasan was a Columbian. Ahad Abiyev was criticized to punch Columbian flag instead of Armenian.