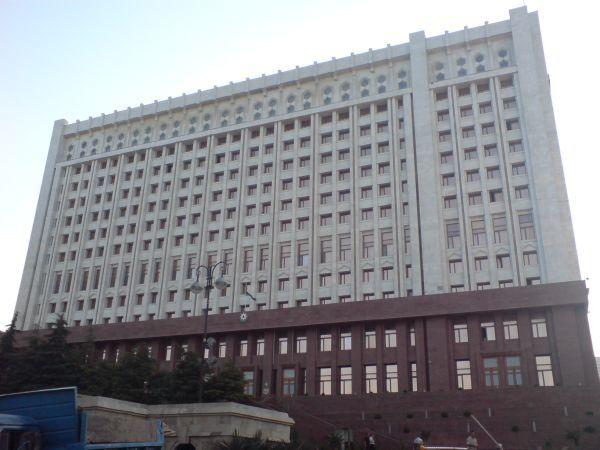 Baku. 2 November. REPORT.AZ/ Head of the Presidential Administration Ramiz Mehdiyev has chaired a first meeting of a working group, which was established under the instruction of President of the Republic of Azerbaijan Ilham Aliyev to investigate reports spread by media outlets about the discovery of the remains of poet Mikayil Mushfig, Report informs citing AzerTag.

The meeting was attended by the President’s Assistant for Public and Political Affairs Ali Hasanov, head of the Department for Humanitarian Policy Issues of the Presidential Administration Farah Aliyeva, President of the National Academy of Sciences Akif Alizade, Minister of Health Ogtay Shiraliyev, Minister of Culture Abulfas Garayev, head of the State Security Service Madat Guliyev, Vice-president of ANAS Isa Habibbayli, Director of the Institute of History of ANAS Yagub Mahmudov, head of the National Archive Department Asgar Rasulov and Secretary of the Union of Writers Chingiz Abdullayev.

Under the instruction of President Ilham Aliyev, tasks were given to the working group to study the media reports about the discovery of the remains of Mikayil Mushfig, investigate the relevant archive materials, conduct a DNA testing of the remains and carry out other necessary measures.

The work done by the working group and its results will be regularly reported to the Azerbaijani President and made public.