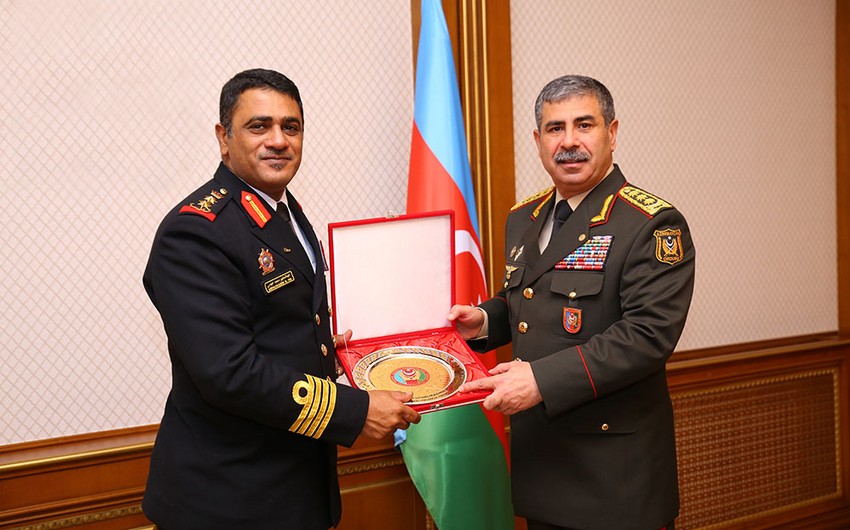 Baku. 23 January. REPORT.AZ/ On January 23, Minister of Defense of the Republic of Azerbaijan, Colonel General Zakir Hasanov has met with a delegation headed by the President of the International Military Sports Council (CISM), Colonel Abdulhakeem Mohamed Isa Alshanoo.

During the meeting, noting the successes achieved by our country in the sphere of sports, as well as in other areas, the Defense Minister stressed that thanks to the efforts of the President, Supreme Commander-in-Chief Ilham Aliyev, and First Vice-President Mehriban Aliyeva, today Azerbaijan is recognized in the world as a country of sport. The development of sport in Azerbaijan is dynamic and plays an essential role in the social life of the country. In recent years, sports complexes have been built not only in Baku but also in all regions of the republic.

Minister of Defense, stressing that our country is interested in cooperation with CISM, expressed confidence that the current visit of the delegation contributes to the development of sport in the army.

The CISM president, in turn, stressed that today Azerbaijan is known in the world also as a state of sports. The guest, noting that Azerbaijan always provided significant support to CISM, stated: "We are sure that sincere relations between Azerbaijan and the Council will continue in the future."

Recalling that in different years four world championships among soldiers were held in Azerbaijan, the CISM president noted that our country has excellent experience in this field.

During the meeting, the sides also exchanged views on expanding cooperation between the relevant structures of Azerbaijan and CISM.
In the end, the Supreme Officer Medal established by the International Military Sports Council was presented to Minister of Defense Colonel General Zakir Hasanov, and the Officer Medal to the First Deputy Minister of Defense – Chief of the General Staff of the Armed Forces, Colonel General Najmeddin Sadikov. 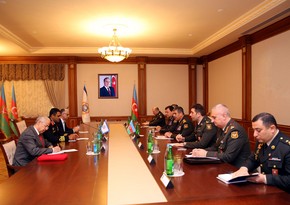 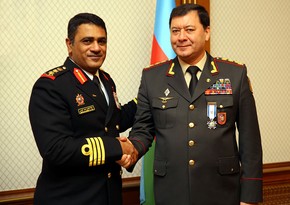