TAP transports first 5 bcm of natural gas to Europe The Trans Adriatic Pipeline (TAP) AG has confirmed that a total of 5 billion cubic meters (bcm) of natural gas from Azerbaijan has reached Europe via the interconnection point of Kipoi, at the Greek-Turkish border, where TAP connects to TANAP 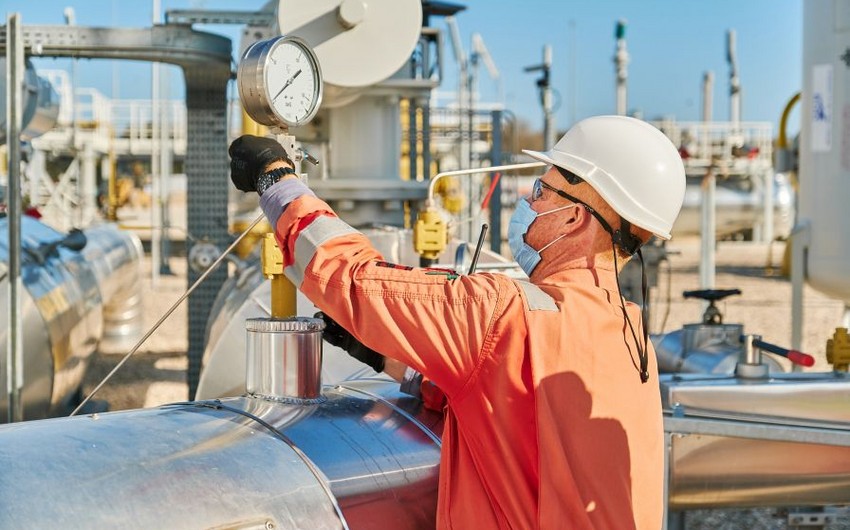 The Trans Adriatic Pipeline (TAP) AG has confirmed that a total of 5 billion cubic meters (bcm) of natural gas from Azerbaijan has reached Europe via the interconnection point of Kipoi, at the Greek-Turkish border, where TAP connects to TANAP, Report informs referring to TAP website.

“We are very pleased to reach this important milestone and consolidate TAP’s role as a reliable transmission system operator on the European energy landscape,” said Luca Schieppati, TAP managing director. “In addition to enabling energy security and diversification across multiple markets, the gas volumes delivered via TAP support the energy transition, especially in South Eastern Europe. Moreover, as per our long-term vision, TAP will continue to pursue opportunities to transport carbon neutral energy sources, such as hydrogen, reducing emissions, in line with European Union energy transition objectives.”

“While TAP’s continuous operations since the end of last year boost liquidity on the gas markets, it is important to remember that there is an ongoing market test and TAP can expand in stages, up to double its initial capacity,” Marija Savova, TAP head of commercial, added. “While the non-binding phase of the 2021 market test has just ended, all interested parties can participate in the upcoming binding phase.”

As the European section of the Southern Gas Corridor, TAP has the capacity to transport approximately 10 billion cubic meters of gas per annum (bcm/a) to several markets in Europe. The pipeline is designed with the potential to expand its throughput capacity up to 20 bcm/a.

TAP transports natural gas from the giant Shah Deniz field in the Azerbaijan sector of the Caspian Sea to Europe. The 878 km long pipeline connects with the Trans Anatolian Pipeline (TANAP) at the Turkish-Greek border in Kipoi, crosses Greece and Albania and the Adriatic Sea, before coming ashore in Southern Italy.

As a key part of the Southern Gas Corridor, TAP is strategically and economically important to Europe and essential in providing reliable access to a new source of natural gas. TAP plays a significant role in boosting Europe’s energy security, supply diversification, as well as decarbonization objectives.