Gas terminal explosion in Austria kills one, many injuries reported - VIDEO - UPDATED 2 All victims are delivered with burns to hospitals in Vienna
104 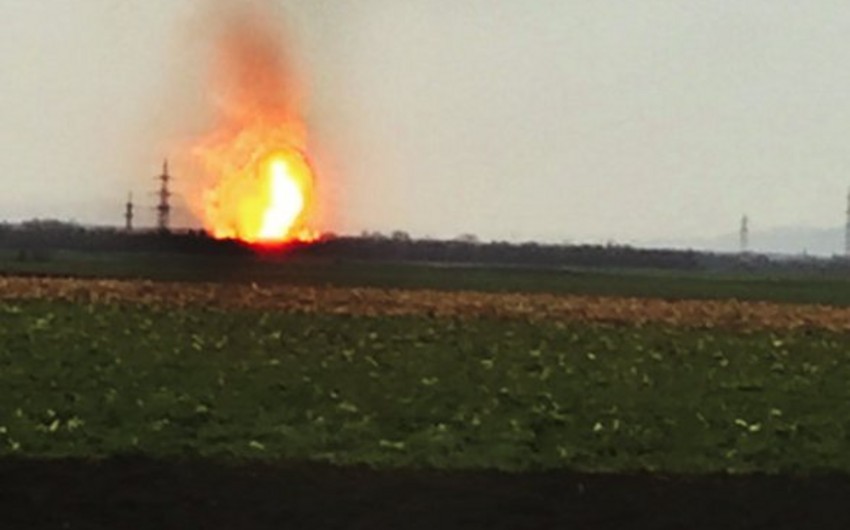 Baku. 12 December. REPORT.AZ/ One person died as a result of a powerful explosion that was thundered this morning at a gas distribution station near the Austrian city of Baumgarten, Report informs referring to the Kronen Zeitung newspaper.

Fire-rescue service and ambulance are at the scene.

As local police said, the explosion occurred on the gas terminal, which belongs to the Austrian oil and gas company OMV.

According to Bloomberg, the company OMV said that in accordance with standard safety regulations, the terminal will be closed.

All victims are delivered with burns to hospitals in Vienna. Law enforcement agencies blocked traffic on the roads.

Baku. 12 December. REPORT.AZ/ The explosion occurred on the gas terminal in Baumgarten, Austria.

According to local police, the explosion injuried about 60 people.

"The explosion occurred at 8:45 local time, after which there was a fire, the situation is under control, but according to preliminary information there are several wounded," said police spokesman Edmund Tragschitz.

The Baumgarten station is the main gas distribution center in Austria.

The cause of the explosion is unknown.