Zakir Hasanov: "The military personnel must be educated in the spirit of love for the Motherland and hatred of the enemy"

Zakir Hasanov: "The military personnel must be educated in the spirit of love for the Motherland and hatred of the enemy" Report informs citing the Defense Ministry of Azerbaijan. 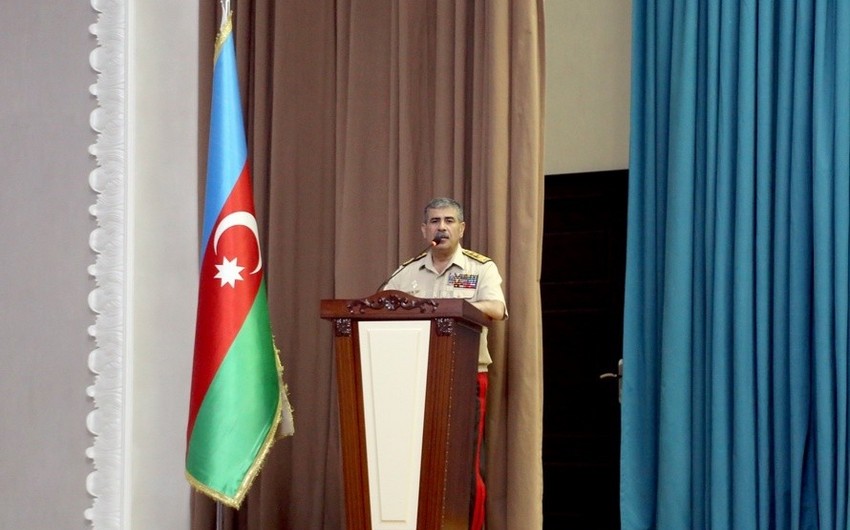 The leadership of the laid flowers to the monument of national leader Heydar Aliyev erected in the territory of the Military Academy and paid tribute to the memory of the Great Leader.

The memory of national leader Heydar Aliyev and the Martyrs, who sacrificed their lives for the independence and territorial integrity of the Motherland was honored with observing a minute of silence and then the National Anthem was performed.

The Minister of Defense congratulating graduates who successfully completed training and received the military rank of “lieutenant” noted that every officer of the Azerbaijan Army should become a personal example for the military collective he leads, and be loyal to the state. He should serve with a feeling of love for the Motherland and the land, as well as hatred of the enemy.

The Minister of Defense touching upon the reforms carried out in the Azerbaijan Army on the instructions of the President of the Republic of Azerbaijan, Supreme Commander-in-Chief of the Armed Forces, Mr. , also spoke about the important work carried out in the field of military capability development and the upcoming important tasks in combat and moral-psychological training of military personnel. The Minister stressed that the opening of new military camps, the issuance of service apartments and apartments of permanent residence in order to improve the provision, social conditions and health status of military personnel are also priority areas of the policy of our state.

The Minister of Defense gave graduates his recommendations and, wishing them success in this glorious path, noted: “Every officer must be faithful to the ideology of Azerbaijanism, treat the military personnel with respect and care, and form a healthy environment in the place of service. You have been honored with the responsible and honorary name of the officer, and therefore each of you must recognize this responsibility and serve faithfully. You must educate the military personnel you lead, in the spirit of love for the Motherland and hatred of the enemy, and mobilize your knowledge and skills to develop the combat capability of our army. The development of the economy of Azerbaijan, the compliance of our army with modern requirements, its equipment with weapons and military equipment that meet international standards, a high level of fighting spirit and the moral-psychological state of servicemen are the result of the attention and care of the Supreme Commander-in-Chief. You should also contribute to the development of the Azerbaijan Army with your exemplary service, and must serve for our state and statehood guided by the slogan "Service to the Motherland, the people, and the state is the meaning of our life."

The Minister of Defense has shared his professional experience with graduates and noted that the officer should always be a personal example for all due to his behavior, high qualities of education, discipline, patriotism, adherence to national and moral values, and his exemplary service should justify the high trust of the President and the people, as well as reliably protect their homeland and people. 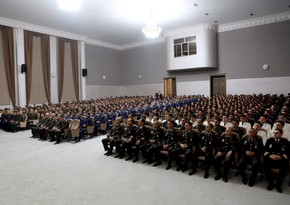 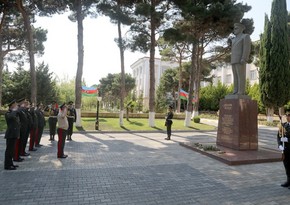 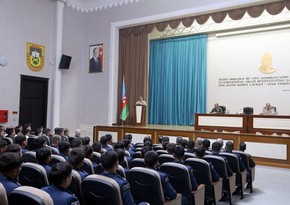 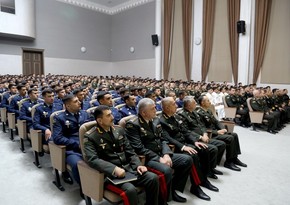