Zakir Hasanov meets with Head of ICRC Office in Azerbaijan

Zakir Hasanov meets with Head of ICRC Office in Azerbaijan Report informs citing the press service of the Ministry of Defense of the Republic of Azerbaijan. 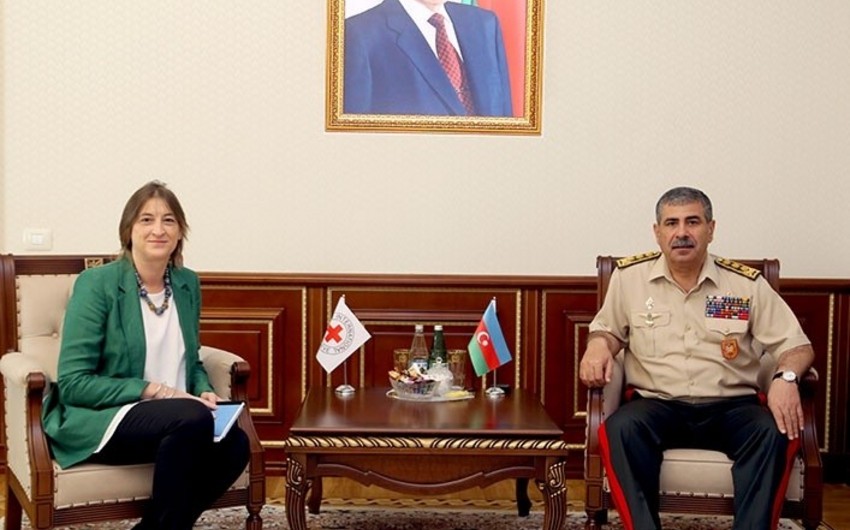 During the meeting, an exchange of views was held on the current state and prospects for mutual cooperation between the Ministry of Defense of Azerbaijan and the ICRC, activities aimed at enlightenment of military personnel of the military units stationed in the frontline zone and the civilian population living near the line of contact of troops in the field of international humanitarian law, as well as the Armenia-Azerbaijan Nagorno-Karabakh conflict.
The Minister of Defense expressed his gratitude to Ms. E. Sessera for the efforts made in the development of relations between our country and the international organization during the period of activity in Azerbaijan and wished her further success.