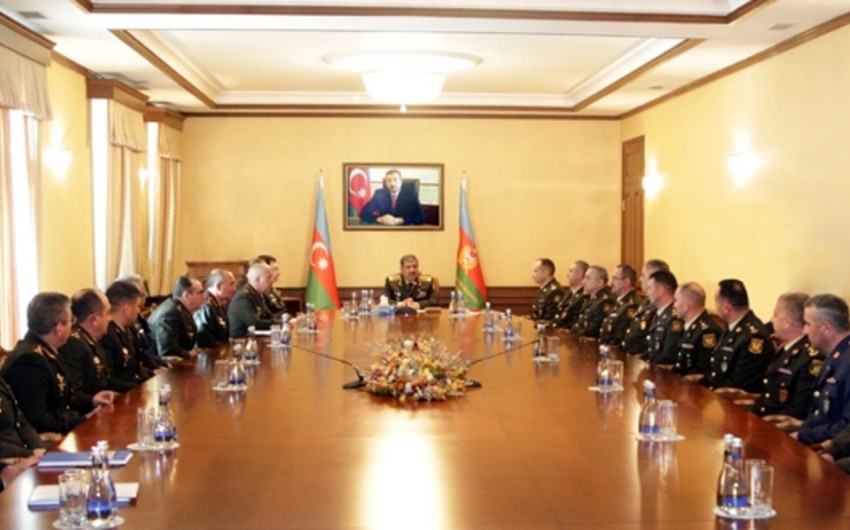 Baku. 21 September. REPORT.AZ/ According to the instruction of the President of the Republic of Azerbaijan, Commander-in-Chief of the Armed Forces Ilham Aliyev, an official meeting with participation of the command staff held at the Ministry of Defence.

During the meeting, the military-political situation occurred in the region was analyzed, special attention was paid to identify new targets in enemy territory with strengthening of all kinds of intelligence on predetermined main directions, to assess their significance and determine their sequence of destruction, to increase interoperability of all formations of the Ground Forces, Air Force, Missile and Artillery troops, Special Forces as well as other arms and services of the Armed Forces.

Taking into consideration the possibility of any military threat to the country, Defense Minister Colonel General Zakir Hasanov gave appropriate instructions in relation with the strengthening of control over the objects of strategic and military purposes throughout the territory of the enemy, if necessary, to be ready for their immediate destruction as their significance.

The Minister essentially stressed that the rocket and artillery installations and systems available in service of the Armed Forces provide an opportunity to perform all these tasks.