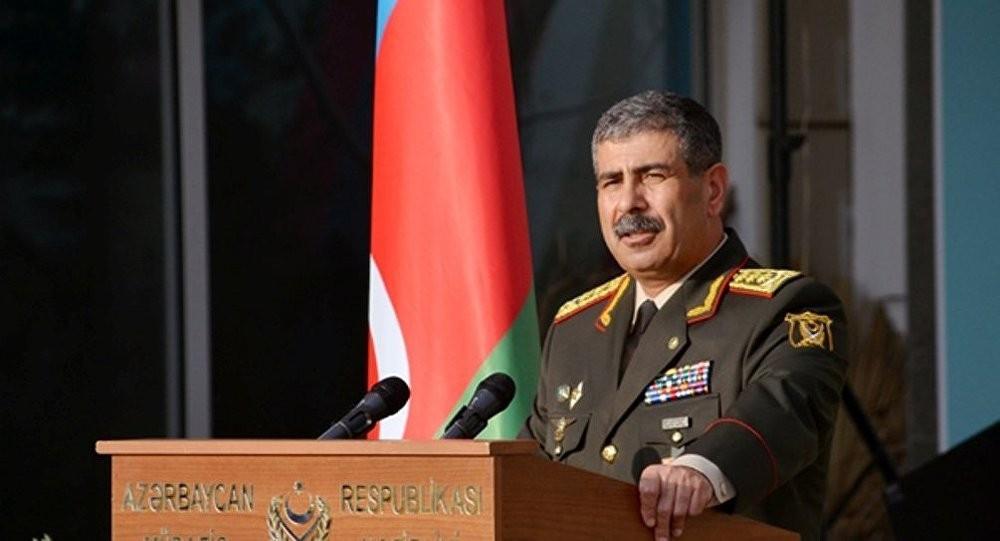 Baku. 2 January. REPORT.AZ/ "The care shown by the President of the Republic of Azerbaijan, Supreme Commander-in-Chief Mr. Ilham Aliyev to the army is obvious. The guarantee of the Azerbaijani soldier is at a high level. People also witness it. I say with full responsibility that the Azerbaijani Army can be compared with the armies of the world's leading countries."

According to the Minister, "Open Doors" are organized in the military units, the parents are allowed to get acquainted with their situation of soldiers: "In other words, where the soldier sleeps, what he eats, how he is provided ...".

Hasanov said in his interviews to Real TV that equipment issues in the army are carried out by the civil persons. "About 20,000 civilians are currently engaged in housekeeping activity in the army. They wash dishes, cook and work in laundries. It is also work place. On the other hand, it also diverts soldiers from housekeeping issues to combat readiness. Soldiers are separated from all housekeeping works. It is impossible on the front line, however we will solve it step-by-step. I believe that this issue will be completed in 2019. We declare "Open Door" days that people come and see the situation. We do not advertise ourselves. We should propagandize our soldiers. "