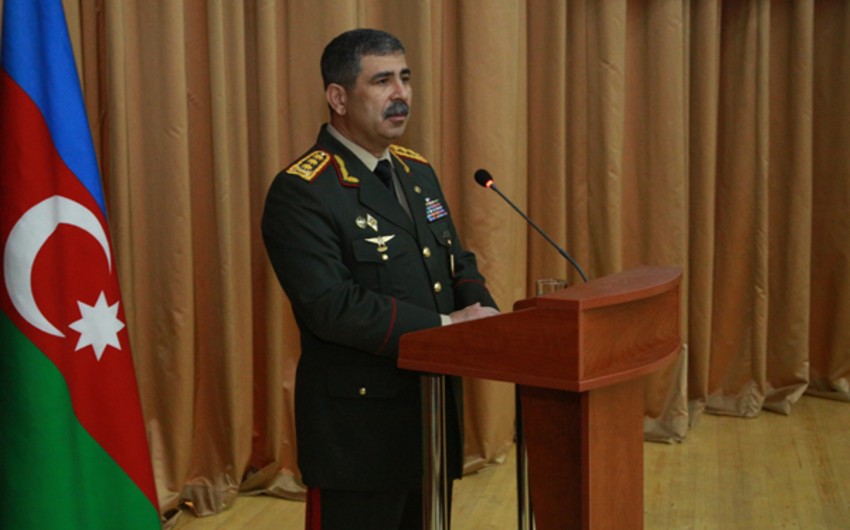 Report was told in the press service of Azerbaijani Defense Ministry, text of the congratulation declares:

'Dear officers, warrant officers, sergeants, soldiers and sailors! I sincerely congratulate you with Ramadan holiday. National values are spiritual wealth of the nation. National leader Heydar Aliyev has always attached special importance to the preservation and promotion national values, national traditions. Just in the period of his leadership, interfaith relations in our country were founded. Today freedom of conscience and tolerance, the country's becoming a center of multiculturalism in the world is a result of the wise policy pursued by national leader Heydar Aliyev. Ramadan holiday, which instills high moral feelings as equality and moral purity is celebrated at the highest level in Azerbaijan. Our Republic, which is known as an example of religious tolerance among other states, continues way of civil and democratic development under leadership of our President Ilham Aliyev. Today dynamic development of the economy ensured, living standards improved, the defense power increased, and independence further strengthened. April battles proved fighting spirit, combat capability and power of our Armed Forces. Some part of our land liberated. Supreme Commander-in-Chief repeatedly stressed that 'We will not allow establishment of a second Armenian state in our territories'. We should do our best to justify the confidence of the president and Azerbaijani people and liberate our lands in a short time.

I believe that, the personnel of Azerbaijani Armed Forces, remaining faithful to the Constitution of the Republic of Azerbaijan, the military oath and the Charter, further will continue to decently carry out their duties and improve the combat and moral-psychological preparation for the restoration of the territorial integrity of the republic and liberation of our native lands from occupiers .

I wish each of you good health, long life, happiness and success in the service'.