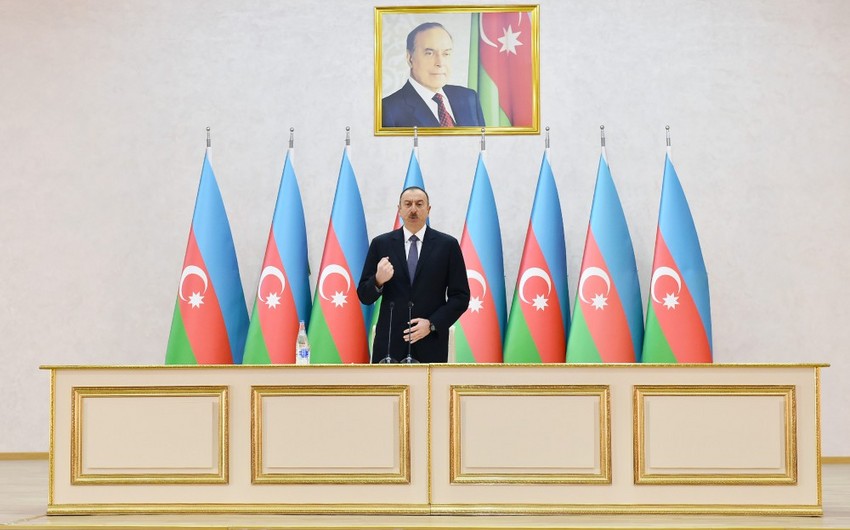 Baku. 23 January. REPORT.AZ/ "Enthusiasm is seen in our army, patriotism is at a very high level. Combat capability of our army is highly appreciated by the world community".

Report informs, Azerbaijani President, Supreme Commander-in-Chief Ilham Aliyev said at a meeting with military personnel after opening of a newly-built military camp of the military unit N in Pirakashkul settlement of Absheron district on January 23.

Supreme Commander-in-Chief said that various analyzes are being conducted, military experts state their opinions: "We are aware of it, and the world now knows that the Azerbaijani army is among powerful armies for both combat capability and provision of military equipment".

President Ilham Aliyev stressed that Azerbaijan itself has gained all of these achievements: "We gained all of them at our own expense, at the expense of strong economy. If not strong economy, we could not carry out all these works. The newly built military camp demonstrates power of both our army and state".