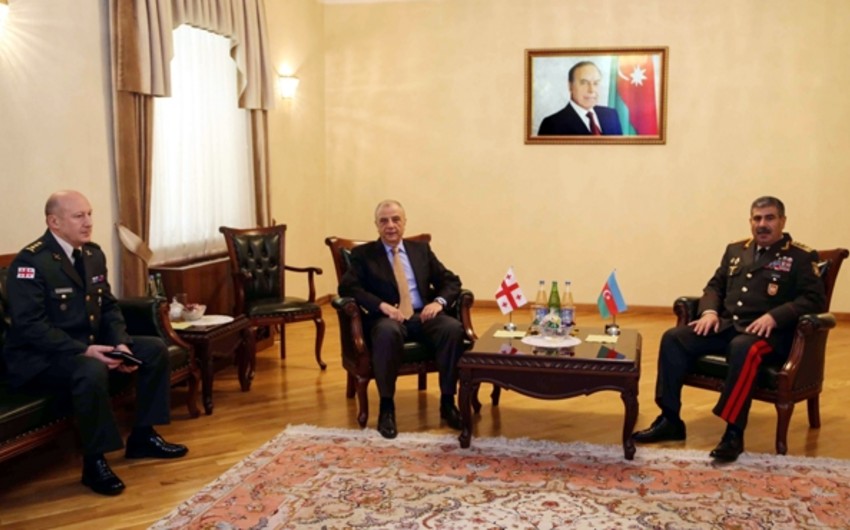 Baku. 21 September. REPORT.AZ/ Minister of Defence of the Republic of Azerbaijan Colonel General Zakir Hasanov met with Extraordinary and Plenipotentiary Ambassador of Georgia to Azerbaijan Teimuraz Sharashenidze on September 21.

The sides discussed prospects of cooperation in the sphere of development of the armed forces of both countries, the military-political situation in the region, the importance of resolving the Nagorno-Karabakh conflict for the region as well as other issues.

Defense Minister congratulated the military attaché on his new appointment and wished him success in his future activities in enhancing of cooperation between the armed forces of the two countries.