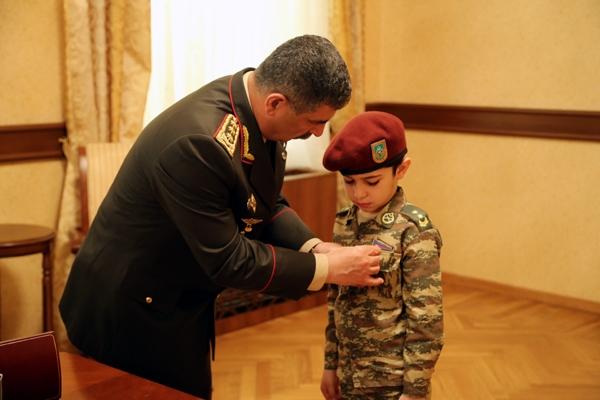 Baku. 16 May. REPORT.AZ/ In accordance with the order of the President of the Republic of Azerbaijan, Supreme Commander-in-Chief Ilham Aliyev dated April 19, 2016, Lieutenant Colonel Mirzayev Murad Telman and Major Imanov Samid Gulagha have been awarded 'the National Hero of Azerbaijan' after death for special services in preserving the country's territorial integrity and personal courage shown while performing combat mission.

According to the information, on May 16, family members of the servicemen, who awarded 'National Hero of Azerbaijan' after death, have been presented 'Gold Star' medals in Azerbaijani Defense Ministry with participation of the senior staff.

Addressing the presentation ceremony, Defense Minister, Colonel General Zakir Hasanov expressed condolences to the families of those, killed in the battles, bowed before their heroism. He stressed that sacrificing their lives, these heroes made a new history and remained forever in the memory of the people.

Stating taking vengeance on the enemy, the minister emphasized that the occupied territories will surely be liberated owing to the determination of the President of the Republic of Azerbaijan, Supreme Commander-in-Chief Ilham Aliyev. Memorial photo has been taken at the end. 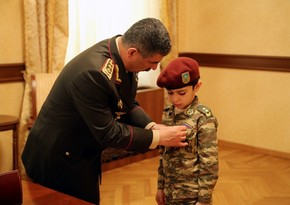 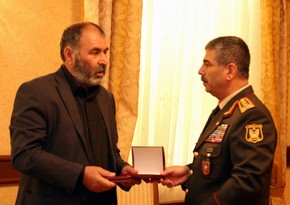 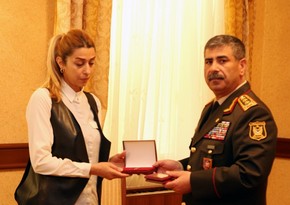 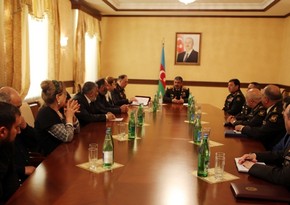 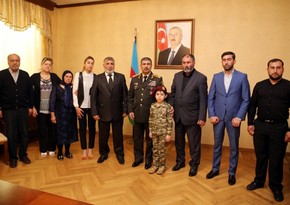