Great Britain appoints new military attache to Azerbaijan Report was told in the press service of the Ministry of Defence. 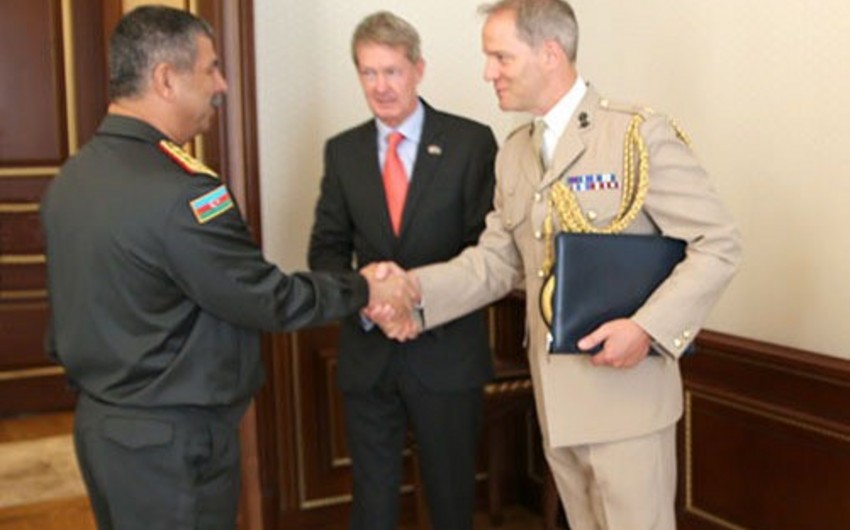 New Ambassador Extraordinary and Plenipotentiary of the United Kingdom of Great Britain and Northern Ireland has been appointed in Azerbaijan, Report informs citing the press service of the Ministry of Defence.

Then, the newly appointed Ambassador Extraordinary and Plenipotentiary James Sharp introduced to Defense Minister of Azerbaijan the newly-appointed military attaché of the UK in Azerbaijan, Lieutenant Colonel Antoni Brumwel.

Defense Minister congratulated the military attaché on the beginning of the military-diplomatic mission in Azerbaijan and wished him success in his future activities in expanding relations between the armies of the two countries.