Azerbaijani Armed Forces launch the tactical exercises The exercise, conducted under supervision of Minister of Defense, Colonel-General Zakir Hasanov, will involve about 25,000 servicemen
2201 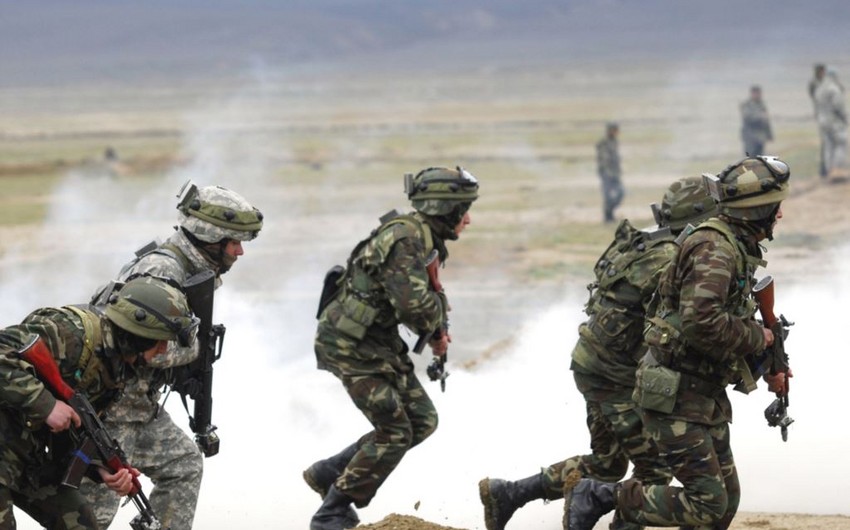 Baku. 17 June. REPORT.AZ/ According to Azerbaijan's Armed Forces readiness plan for 2016 an operational-tactical exercise will be held for the period from 19 to 24 of June with all the arms and services.

The exercise to be conducted under the supervision of Defence Minister Colonel-General Zakir Hasanov, will involve about 25,000 servicemen, more than 300 tanks and armored combat vehicles, more than 100 rocket artillery launchers, up to 40 military aircrafts and more than 30 air defense systems, ships of naval forces and special forces units.

Military ranges located in the frontal zone, and in the Nakhchivan Autonomous Republic, as well as the Azerbaijani sector of Caspian Sea set up as exercise areas.

The main objective of the exercise is to improve the skills of command of formations and military branches in command and control and combat systems, as well as improving coordination and interoperability of combat elements in difficult conditions of modern combined arms battle.

Taking into account strong defence system of hypothetical enemy, the exercise will be conducted with the extensive use of new technological means and weapons available in service.

The exercise will also test the ability of troops to bring them to the highest level of combat readiness and carrying out of actions for their regrouping, as well as issues of military and logistical support.

One of the phases of an exercise will include combat shootings.