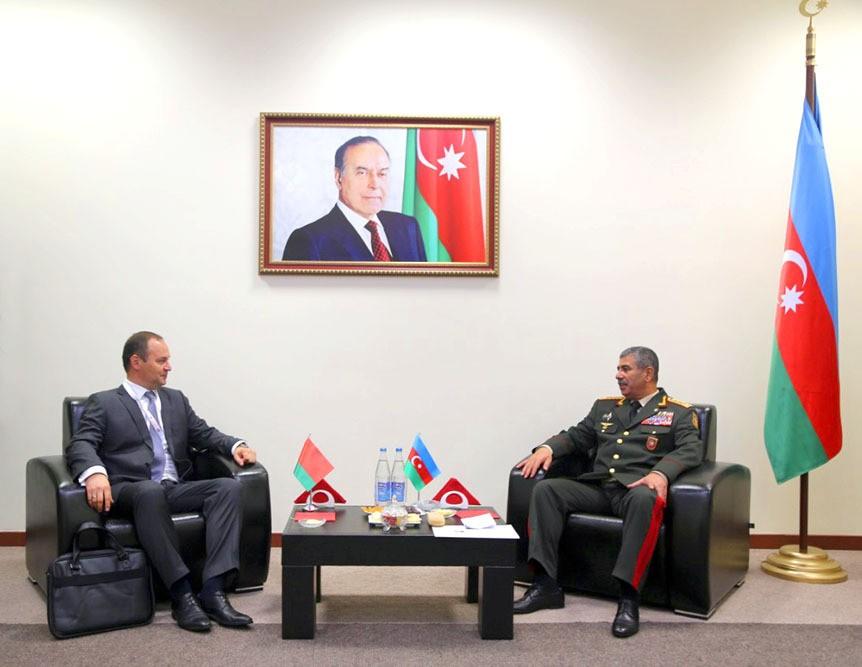 Baku. 25 September. REPORT.AZ/ On September 25, within the framework of the 3rd Azerbaijan International Defence Exhibition "ADEX 2018" that is held at the Baku Expo Center, the Minister of Defence of the Republic of Azerbaijan Colonel General Zakir Hasanov has met with the Mr. Roman Golovchenko, the Chairman of the State Military-Industrial Committee of the Republic of Belarus and Major General Sergei Simonenko, the Belarussian Deputy Minister of Defence for Armament, Chief of Armament.

Report informs citing the press service of the Azerbaijani Ministry of Defense that the sides discussed the prospects for the development of military, military-technical cooperation between Azerbaijan and Belarus, the possibility of the use of modern military technologies, conduct of the exchange of experience and other issues of mutual interest.