Shafag Huseynli: We try to prevent sanctions on Azerbaijan Weightlifting Federation 'Federation is doing a great job for weightlifters to avoid doping'
523 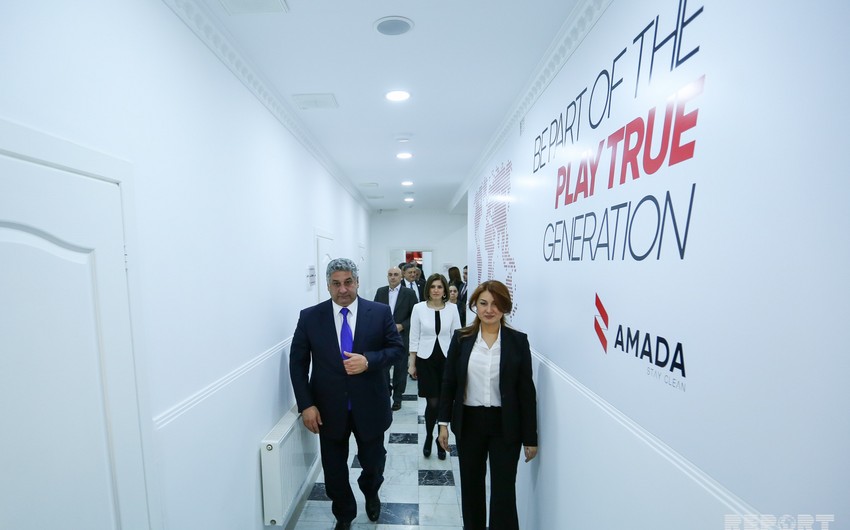 Baku. 9 September. REPORT.AZ/ The Azerbaijani Weightlifting Federation (AWF) may be disqualified from 1 to 2 years.

According to her, the AWF may be punished as at least 5 weightlifters of the national team failed doping test. The issue regarding eight countries, besides Azerbaijan will be solved at an Executive Board of the International Weightlifting Federation (IWF) on September 30 - October 1, after reviewing at a special commission meeting in Budapest, Hungary on September 11-12.

Sh. Huseynli said that currently one-year punishment is being discussed. She said that the agency tries to prevent sanctions on the Azerbaijan Weightlifting Federation: "The Federation is doing a great job for weightlifters to avoid doping, we hope it will be taken into account".

Notably, if the sanction is imposed, Azerbaijan weightlifting team will not participate in the IWF World Championships in Anaheim, USA on November 27 - December 5. Other countries that are expected to be punished are Russia, Kazakhstan, Armenia, Belarus, Moldova, Ukraine, Turkey and China.