Baku. 15 March. REPORT.AZ/ "The year 2017 was the richest football year. We have achieved a number of successes. Along with positive aspects, there are negative moments as well. One of them is agreed matches in first Division. According to amendments in the law, agreed match is a crime".

Report informs, General Secretary of AFFA Elkhan Mammadov has said at today's Report Conference. Mammadov said that, agreed match is a virus. According to him investigations have started due to instructions of AFFA President Rovnag Abdullayev: "Some measures were taken in connection with the decision of disciplinary committee. These cases should be prevented. I appeal to the entire football community, to fight together against this virus. Otherwise we may face sanctions".

The Secretary-General of the Premier League drew attention to the shortage of clubs: " We would also wish 10-12 teams to join Azerbaijan Premier League not 8.However, it is connected with finances."

Association official said Baku has put forward candidacy for the Champions League 2018/19 season, adding that the city of Madrid, Spain is the main opponent: " Our opponent is Spain's Madrid: " According to the demand stadium must have a capacity of 70 thousand people. But the Olympic Stadium has 68-thousand-seat.Therefore, additional 2 thousand seats will be installed. We also have put forward our candidacy for organization of the Europa League final game.There are a lot of competitors, though, the chance are high".

E. Mammadov expressed his gratitude to R. Abdullayev for his support in putting forward his candidacy in UEFA's Executive Committee.

According to the 29th paragraph of the AFFA Regulations, the agenda of the conference included below mentioned issues:

- President’s report the on activity of Executive Committee

- To approve the financial report

- To approve the budget estimates for the next year

- Elections for the vacant positions 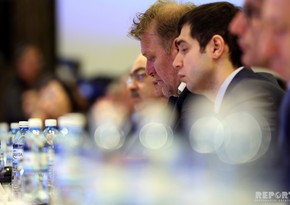 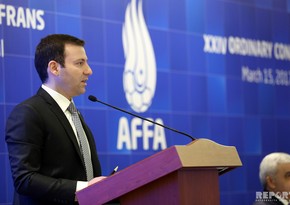 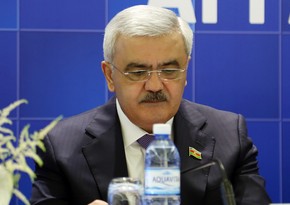 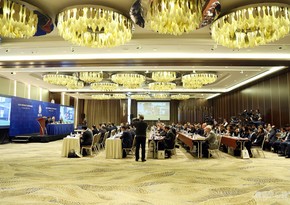 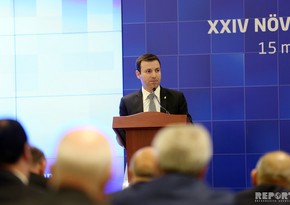 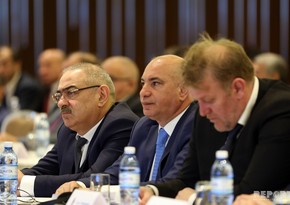 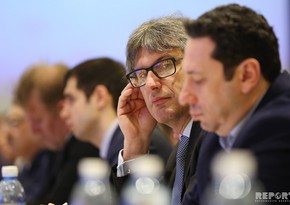 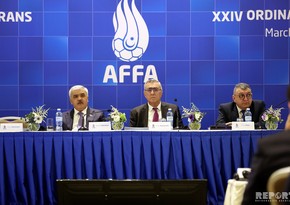 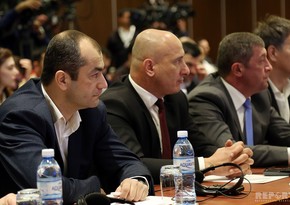 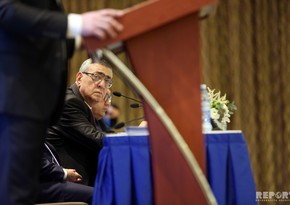