Use of solar energy: Austin model

Use of solar energy: Austin model Today the world is witnessing a rapid growth in the use of renewable energy sources with the increase in the share of alternative energy in the energy balance set as one of the main targets. The situation is about the same in the United States where clean energy industry has also become the major employer. According to the report of the E2 environment entrepreneurs, renewable energy sector employs 3.3 million Americans thus raising the employment rate in the energy sector up by 3.6% in 2018, and a 6% growth is expected in 2019. 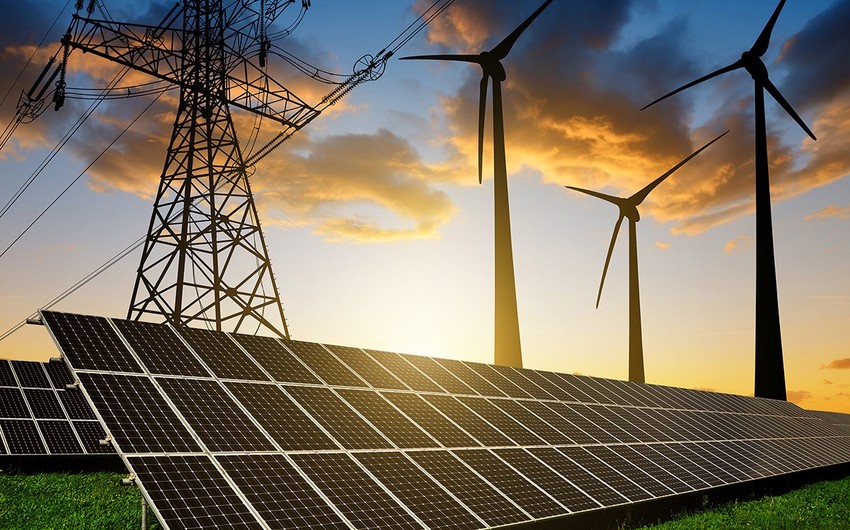 Today the world is witnessing a rapid growth in the use of renewable energy sources with the increase in the share of alternative energy in the energy balance set as one of the main targets. The situation is about the same in the United States where clean energy industry has also become the major employer. According to the report of the E2 environment entrepreneurs, renewable energy sector employs 3.3 million Americans thus raising the employment rate in the energy sector up by 3.6% in 2018, and a 6% growth is expected in 2019.

Texas is a leader on decarbonization in energy sector, according to the report of the US Energy Information Administration.

Texas is a US state with the biggest export capacity, accounting for 20% in the total export of all states. While the state is specialized in shale oil and gas production, it is considered one of the main centers of the United States on renewable energy sources. It accounts for the biggest portion of renewable energy sources in the US generation capacity and is a leader in wind power with the generation capacity of 25 gigawatt.

Special method in use of renewable energy

The City of Austin, capital of Texas, has a special method in use of renewable energy.

The energy consumed by population here is produced by themselves. They even can sell the energy, control use of electricity and water. Thanks to special storages in the city, the produced energy accumulates during less use of electricity and is used during peak hours. That’s it’s possible to use solar power even absence of sunshine. Initiative of local government and support of the investors play an important role in generation of the solar power.

Austin Energy, the 2nd largest municipality owned utility in Texas, plays a great role in this process. The local authority serves the city of Austin and 50% of surrounding territories.

With the area of 437 square miles in the capital and surrounding the territory, Austin Energy serves more than 480 customers. The local authorities plan to increase the share of renewable energy sources in the energy consumption of the city to 65% by 2027. Austin Energy also aims to save 1,000 megawatts from energy effectiveness and meet the demand by the same year.

Austin Energy created an active and strategic portfolio to reduce the impact of the expenses on the customers, taking into account difficulty and expensiveness of production of alternative energy sources depending on weather conditions.

These three notions complete Austin SHINES, a project supporting the target of the city of Austin to increase the use of renewable energy to 65%. Austin SHINES project is funded in part by the U.S. Department of Energy (DOE) and the Texas Commission on Environmental Quality (TCEQ).

The Austin Sustainable and Holistic Integration of Energy Storage and Solar Photovoltaics (SHINES) project improves the way that we generate, deliver, and consume electricity.

The storages have been created taking into account that the demand will be 24 hours and sunshine will be only in the daytime. Having such storages enables production of power energy when less power is consumed and production of energy when power is demanded more and the sun does not shine. The Austin SHINES project includes pairing Energy Storage Systems (ESS) on the residential, commercial and grid-scale levels.

Project Manager at Austin SHINES Lisa Martin said: ‘The main goal is to enrich the lives of our customers and communities by being their trusted energy’.

Energy at a fixed rate for 15 years

One of the projects playing special role in use of renewable energy in Austin is La Loma Community Solar project. La Loma Community Solar project is a 2.6-megawatt alternating current (AC) photovoltaic system located on a nearly 27-acre site owned by the City of Austin, surrounding Austin Energy’s Kingsbery Substation. The project was launched in March 2018. In this place, 9,054 solar panels have been installed, which are capable of providing 400 houses by producing 2.6 megawatt of energy.

Half of the energy production is allocated to low-income program participants, who receive the power at a discounted rate. The price remains unchanged for 15 years. At the same time, PowerFin Partners leases a portion of the property, utilizing approximately 18 acres for the solar facility, and sells the power to Austin Energy under a 25-year power purchase agreement (PPA). Austin Energy sells the power to Community Solar program subscribers, who receive 100% renewable energy through the program, at a fixed rate for 15 years.

Even in case of any price rise in the future, the consumers in La Loma will buy the energy at a fixed price.

Approach to water and electricity consumption

One of the crucial part of eth energy strategy of Austin is “Pecan Street- Mueller” project. Located in the University of Texas, Pecan Street is a research and development organization. Pecan Street develops and tests the technologies, business model and treatment of consumers with its energy leading management systems. Pecan Street introduces solutions to reduce electricity costs for Mueller population, with more than 250 properties with solar panels. Citizens change treatment to energy and water consumption by voluntarily controlling the use of electricity and water. Data about electricity and water consumption in consumers’ houses enter Pecan Street’s information center. In case of any water leak or energy consumption, messages are sent to phones. This method allows population to save.

So, the initiative of local government, support of private investors, authorities analyzing the consumption and joint work of the local population make up the solar power of the city of Austin, population use clean energy at lower price and control its consumption.