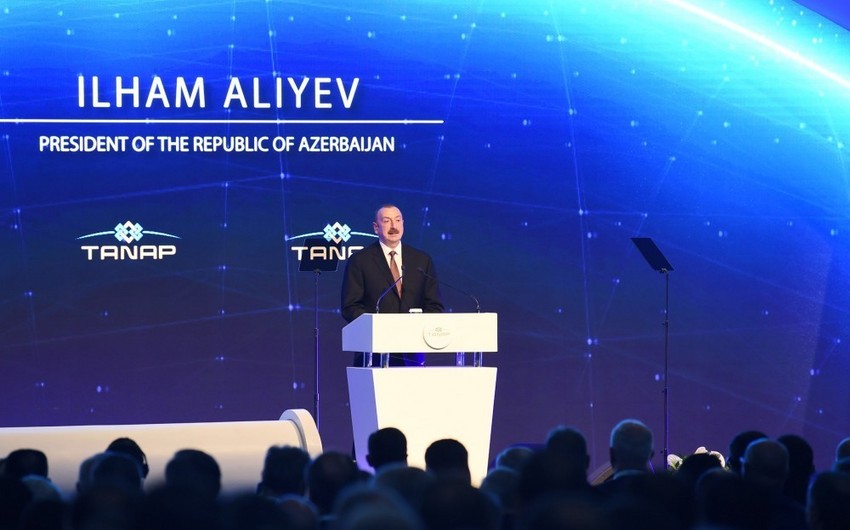 Baku. June 12. REPORT.AZ/ "Trans-Anatolian Natural Gas Pipeline (TANAP), which was built to transport Azerbaijani gas to Turkey and further to Europe, is an indispensable infrastructure for solving  energy issues".  President of Azerbaijan Ilham Aliyev said at the opening ceremony of the first part of TANAP in Eskisehir, Seyidqazi district (Turkey), Report informs.

The Head of state stressed the the South Gas Corridor is a energy security project: "Through the Southern Gas Corridor, Azerbaijani gas will be delivered to Turkey and European markets in new ways. It supports energy diversification in the true sense of the word. TANAP unites 7 countries and many companies. I would like to thank all the parties that they could see this job in a very short time. If only Azerbaijan-Georgia-Turkey cooperation existed in the early 2000s, the number of countries cooperating now increased up to 7. In the future, three more countries will join this cooperation".