Construction of second base at "Umid" field may start in 2020 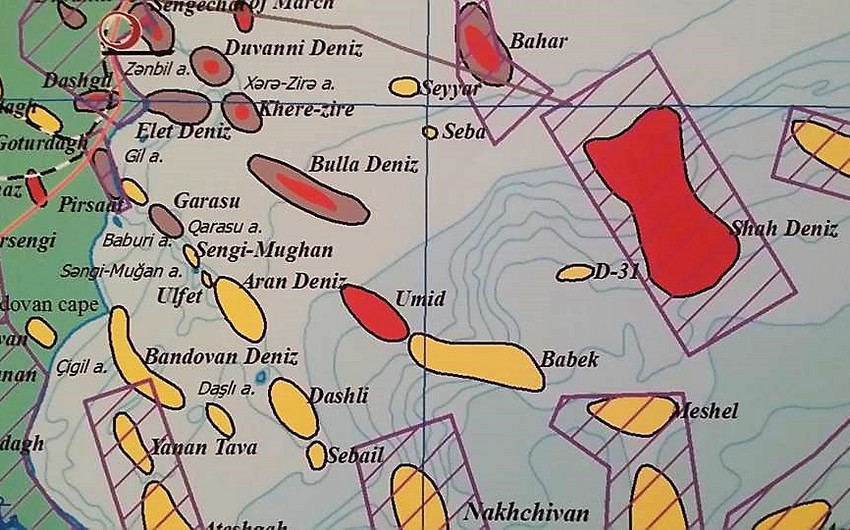 Baku. 22 September. REPORT.AZ/ By year 2020, it is planned to start construction of the stationary offshore station No.2 at the "Umid" gas-condensate field in the Azerbaijani sector of the Caspian Sea.

"Daily output of 1,200 thsd cubic meters of gas and 200 tons of condensate production expected from the VII horizon after drilling and commissioning of exploration well No. U2-1, designed to VIII horizon”.

The SOCAR Vice President noted that within the project of the field\s full-scale development, it is also planned to build a third base and to drill additional wells.

"Up to 1.5 bln cubic meters of gas (since 2012) and up to 237.4 thsd tons of condensate expected from the field, which is in the initial stage of development.

Y. Latifov also informed about the "Babek" perspective structure and noted that drilling of one exploration and production well (at depth of 6500 m and to VII horizont ) through floating drilling rig "Dede Gorgud". It will be commissioned in 2020.

According to him, the first product from the well will be transported to the central stationary seabed, which will be constructed at "Umid" field.

Notably, "Umid” field is in 75 km south of Baku and 40 km from the land. It was discovered by SOCAR in 2010. This is the first field discovered by the company in years of independence. According to initial information, hydrocarbon reserves of 'Umid' field is equal to 200 bln cubic meters of gas and 40 mln tons of condensate.