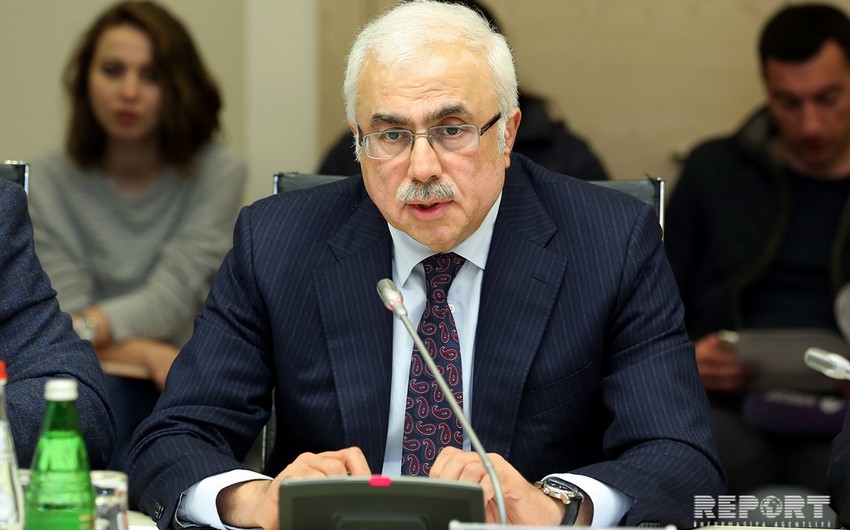 Baku. 6 February. REPORT.AZ/ Talks are underway with 15 enterprises that will be potential consumers of products to be produced at two plants of SOCAR Polymer project, which are under construction in Sumgayit.

Report informs, Deputy Minister of Economy  Niyazi Safarov said at the Baku conference on "Expansion of production, replacing imports based on local raw materials in industry".

He noted that there is initial demand for 50,000 high-density polyethylene: “This figure may change”.

Speaking about the importance of SOCAR Polymer project, deputy minister said that the Polypropylene Plant with production capacity of 180,000 tons and High Density Polyethylene Plant with capacity of 120,000 tons will start production this year. According to him, 70% of production will be exported: "This project will play the role of locomotive in development of chemical industry in Azerbaijan, which is important for small and medium-sized businesses”.

Safarov also told about the development of industry in Azerbaijan and said that at present there are 5 industrial parks and 4 industrial subdivisions in the country. According to him, in the future it is planned to create industrial zones in all regions.