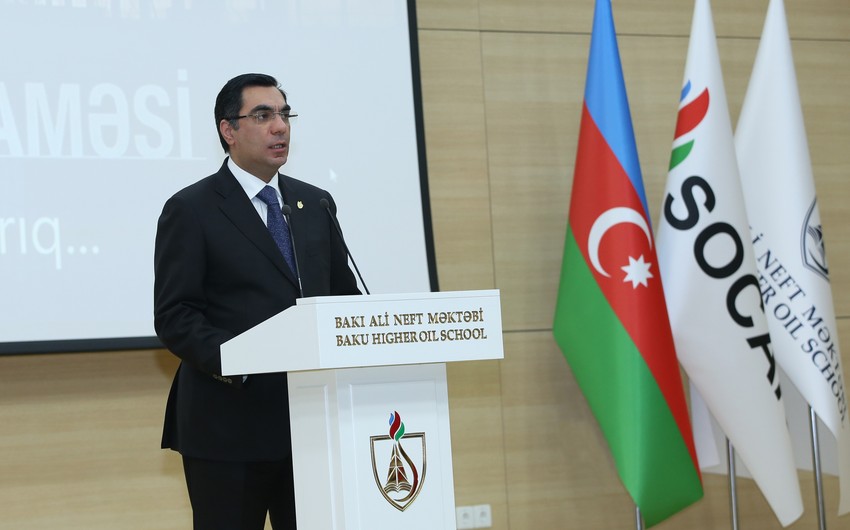 Report says, citing the press service of the Higher School, that first, the participants of the event paid a minute's tribute of silence to the memory of fallen martyrs who died as a result of the bloody massacre perpetrated by the Soviet Army in Azerbaijan on the night of January 19 to 20, 1990.

He added that the names of those who gave their lives for the independence, sovereignty, and freedom of Azerbaijan are forever etched in the country's history and people's memory.

He emphasized that thanks to the political will of the national leader , the January 20 tragedy received a legal assessment at the state level.

"As a result of work done by the national leader Heydar Aliyev after he had returned to power in the second half of 1993, on March 29, 1994, the National Parliament adopted a decision giving a full political and legal assessment to the bloody January 20 tragedy. About 30 years have passed since the tragedy. The independence and development of Azerbaijan have been fully restored under the leadership of President , as a tribute to the victims of the tragedy."

Elmar Gasimov also told the BHOS students about the importance of informing the international community of all the tragedies in the country's history, including the January 20 tragedy.

He urged them to take an active part in this matter using English language skills they have acquired at Baku Higher Oil School.

Towards the end of the event, a short documentary about the January 20 tragedy was shown.