Azerbaijani President: Salaries and pensions must increase again The number of tourists in Azerbaijan increased by 11% last year 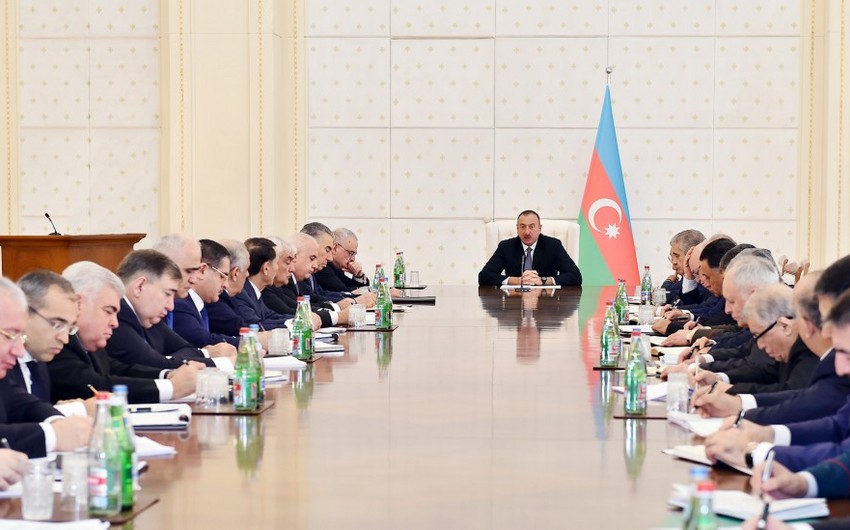 Report informs, President of Azerbaijan Ilham Aliyev told at the meeting of Cabinet of Ministers dedicated to summary of social and economic development in 2016 and future objectives.

The head of state said that salaries increased by 7%, pensions by 8% last year and must increase again.

The President said that in differentiation of public utilities prices based on the principle of social justice, were taken into account the interests of the middle class.

Last year, 485 schools have been repaired as part of social policy in the country, 29 new schools have been built, 41 medical facilities were built or repaired. Improving the living conditions of internally displaced persons was the focus of attention.

ASAN Visa system gave new opportunities for further acceleration of tourists flow, the number of tourists coming to Azerbaijan in 2016 increased by 11%.