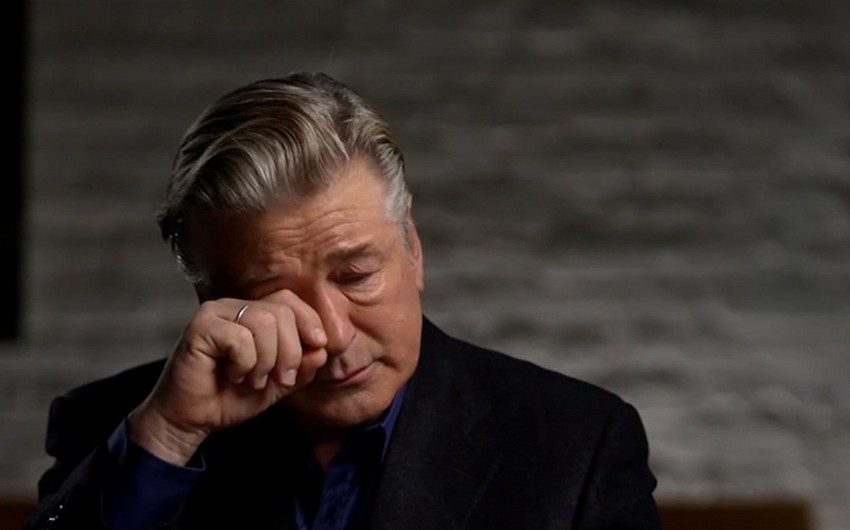 Alec Baldwin has given his first interview since the fatal shooting of cinematographer Halyna Hutchins on the set of Rust.

Report informs, citing The Independent, that the actor, who allegedly fired the fatal shot from what he believed was a safe “cold gun”, spoke to ABC News anchor George Stephanopoulos on Tuesday (30 November).

Earlier on Wednesday (1 December), Stephanopoulos confirmed he and Baldwin spoke for an hour and 20 minutes and he called the conversation “intense,” “raw” and “very candid”.

Now, in a new clip shared from the interview by ABC, Baldwin can be seen breaking down in tears and denying that he pulled the trigger of the gun.

He said: “The trigger wasn’t pulled, I didn’t pull the trigger,” he said. “I would never point a gun at anyone at point a trigger at them, never.”

He continued: “Someone put a live bullet in a gun – a bullet that wasn’t even supposed to be on the property,” Baldwin added.

He went on to agree with Stephanopoulos who asked him if this was the “worst thing to have ever happened to him.” Baldwin replied “yes” and added: “‘I think back, I think: ‘What could I have done?’”