Allahshukur Pashazadeh: "There is no religion discrimination in Azerbaijan" Baku. 15 June. REPORT.AZ/ We have prayed for the soonest release of Nagorno-Karabakh and other occupied territories in the Eid al-Fitr prayer. 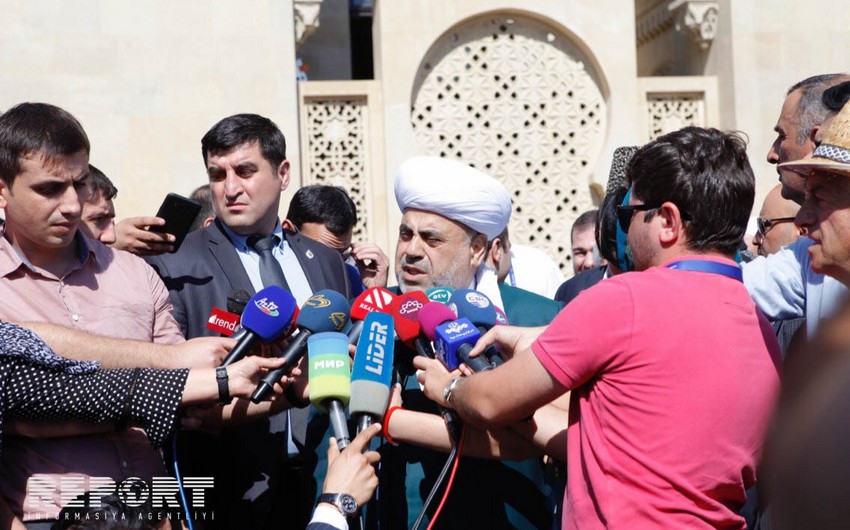 Baku. 15 June. REPORT.AZ/ "We have prayed for the soonest release of Nagorno-Karabakh and other occupied territories in the Eid al-Fitr prayer".

He said that the independent state of Azerbaijan is a great blessing of our people: "We should know the value of this blessing. We have faced many difficulties, our scientists have suffered repressions, our books have been burned, but today the" Koran "is published openly, mosques are built. While there were 17 mosques in the period of Sovet Union, now there are more than 2,000 mosques in Azerbaijan today. Additionally there are synagogues and churches throughout the country. All kinds of conditions have been created by the state to worship freely. "

"There is no religion discrimination in Azerbaijan The analogy does not exit in the world. We- representatives of two religion pray and worship together. It is because of the high level of religious-state relations in the country. We thank to President Ilham Aliyev and the State Committee for Work with Religious Associations for creating such favorable condition. Today there are hold Eid al-Fitr prayer in a number of mosques in the capital, including Guba and Goychay, which is the result of the unity of our people "said the chairman of the CMO.