Employees of the State Revenue Committee of Armenia were forced to take part in a rally of supporters of Prime Minister Nikol Pashinyan, Report informs referring to Pastinfo.

According to experts, the rally convened by Nikol Pashinyan was able to gather a maximum of 10,000 people, and all this using an administrative resource. Moreover, a fairly large number were security officers,’ the newspaper notes. 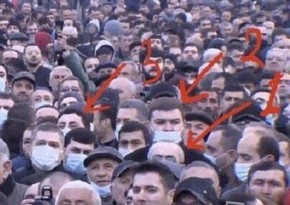