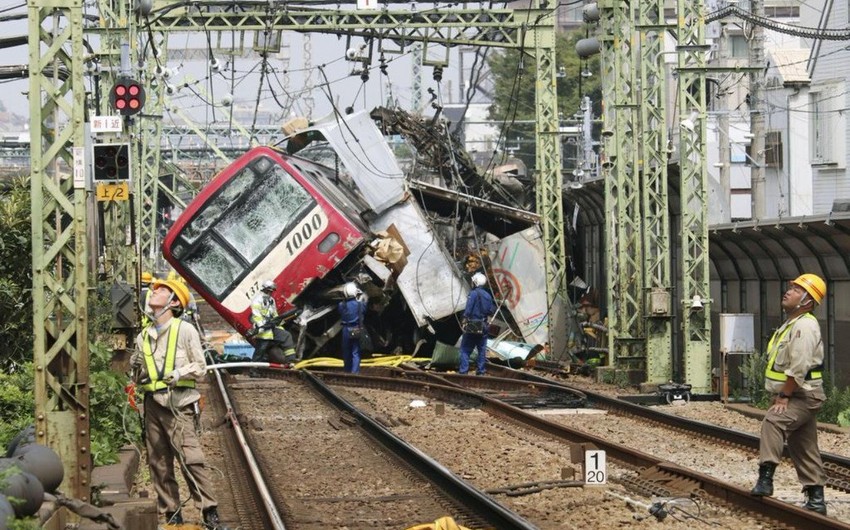 The train made emergency braking due to a 6.1 magnitude earthquake that struck the metropolitan area. As a result, several carriages of the train derailed, but did not collapse on their side.

Now all passengers have been evacuated from the train.

The epicenter of the tremors was located on the border of Tokyo and Chiba prefectures. The depth of the quake was at a depth of 80 km. There is no tsunami threat.