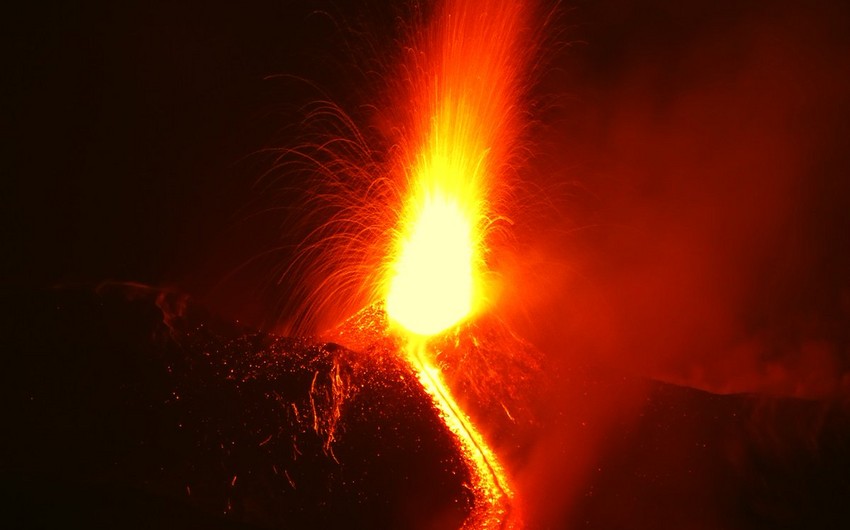 The lava flows began at around 7pm on Monday at Europe's highest and most active volcano, and were continuing on Tuesday morning. The eruption, taking place at the south-east crater, is visible from the cities of Catania and Taormina.

Although volcanic ash clouds can cause flight disruptions, the nearby Catania airport was operating normally Tuesday. Authorities reported no danger to the towns that dot the mountain’s slopes.

The latest series of eruptions of Etna took place in May 2016.

Etna volcano is the highest in Europe. The height of Mount Etna is more than 3.2 thousand. Meters and changed after the eruption.