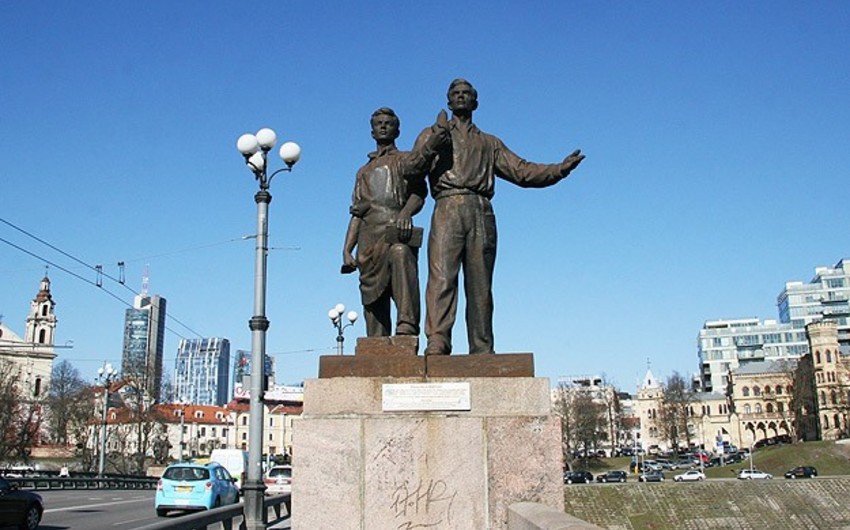 Baku. 20 July. REPORT.AZ/ Lithuania is removing all remaining Soviet-era statues from its capital Vilnius, in effort to fully vanquish all vestiges of an old regime, which has dark memories for some of its citizens, Report informs citing foreign media.

The four statues of Red Army soldiers, workers, students and peasants were erected on the historic Green Bridge over the River Neris in 1952. Vilnius' Mayor Remigijus Simasius pledged to remove the final Soviet symbols some months ago. However, he said recently that the sculptures will be taken away, probably by the end of July, for repairs. They likely will never be returned, according to news sources.

The decision to remove the statues has generated some degree of controversy, specifically among the Russian-speaking minority that feel the move is unnecessary, and that Soviet-era artifacts reflect a part of their heritage.

One parliament member and a leader of the Lithuanian Union of Russians told The Guardian that she is categorically against the removal of the items since it reflects the country's past. She said the decision "is absolutely populist," and only appeals to modern trends.

When Lithuania restored independence in 1990, many Soviet-era sculptures were removed and demolished. The ones that remained intact were later collected and moved to the Grutas sculpture park.