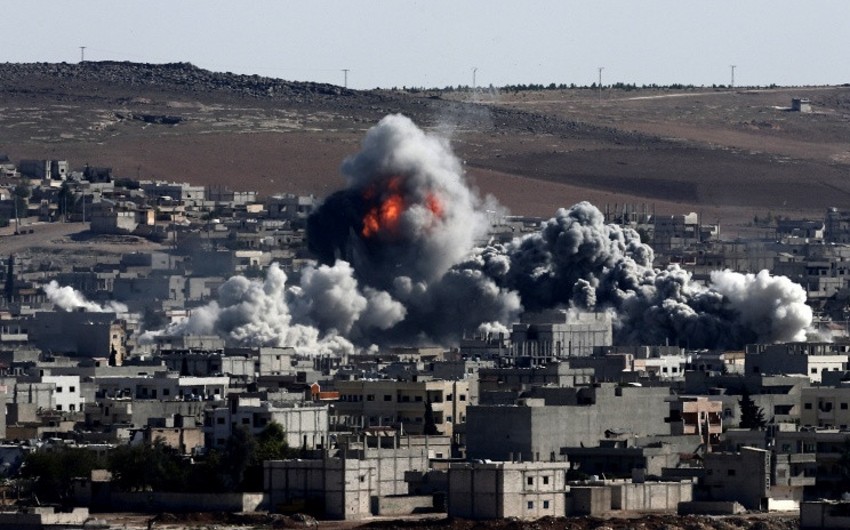 Baku. 14 November. REPORT.AZ/ Militant leaders from the Isis and al-Qa’ida terrorist groups have agreed to stop fighting each other in order to join against their opponents.

Isis, which calls itself the Islamic State (IS), and al-Qa’ida’s Syrian affiliate, Jabhat al-Nusra, have been engaged in bitter fighting for more than a year in an attempt to dominate the bloody rebellion against Syrian President Bashar al-Assad.

The accord set between the extremists groups in northern Syria last week could spell problems for the US-led coalition in its fight against Isis, as it complements its air strikes by arming “moderate” rebel factions to fight on the ground.

Now, if the two terrorist groups fulfil their agreement and unite as one force, this would further weaken US-backed rebels - who are viewed as relatively disorganised.

The agreement follows signs that the two groups had cooled their feud with informal truces, the Associated Press reported. A high-level Syrian opposition and a rebel commander have since told the news agency that the accord would see them halt fighting and to open up against Kurdish fighters in a couple of new areas of northern Syria.

The meeting between seven top militant leaders took place on 2 November in the town of Atareb, west of Aleppo, according to a Syrian opposition official speaking in Turkey. He added that the meeting was closely followed by members of his movement, and he is certain IS and al-Qa’ida reached an agreement.