Hong Kong: thousands of teachers take to the streets 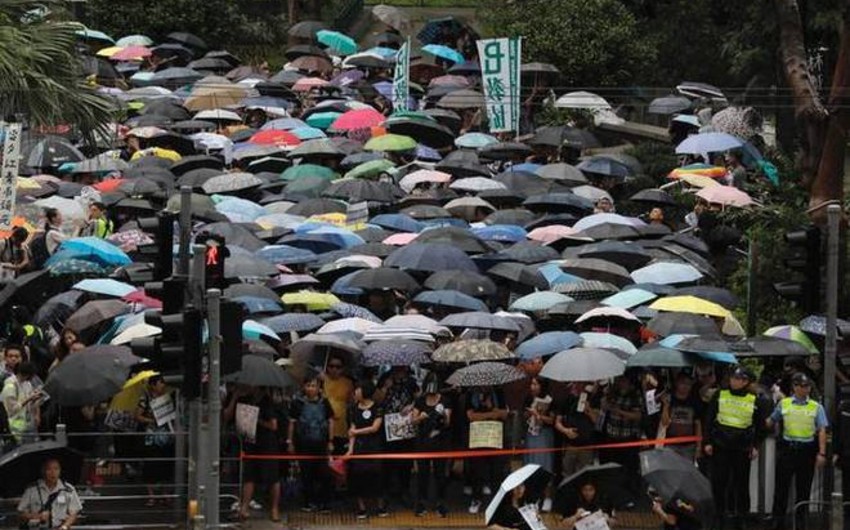 Thousands of protesters have taken to the streets for a tenth week in Hong Kong, demanding democratic reforms and a halt to police brutality. Report informs citing the RIA Novosti.

In the first of three protests planned for Saturday, black-clad teachers gathered in a public square in the city's central district, before marching toward the home of chief executive Carrie Lam.

They carried signs that read: "Protect the next generation", and chanted "Don't shoot our children" in a show of solidarity with protesting students, and demanded police halt violent dispersals of future rallies.

It comes in response to recent unrest in which riot police fired tear gas and rubber bullets - letting off rounds in an underground station and using "snatch squads" disguised as protesters to detain people - to clear the crowds.

Among the demands are calls for a now-shelved extradition bill to be entirely scrapped, which has prompted further calls for increased democracy, the resignation of Mrs Lam, and an independent investigation into the use of police force.