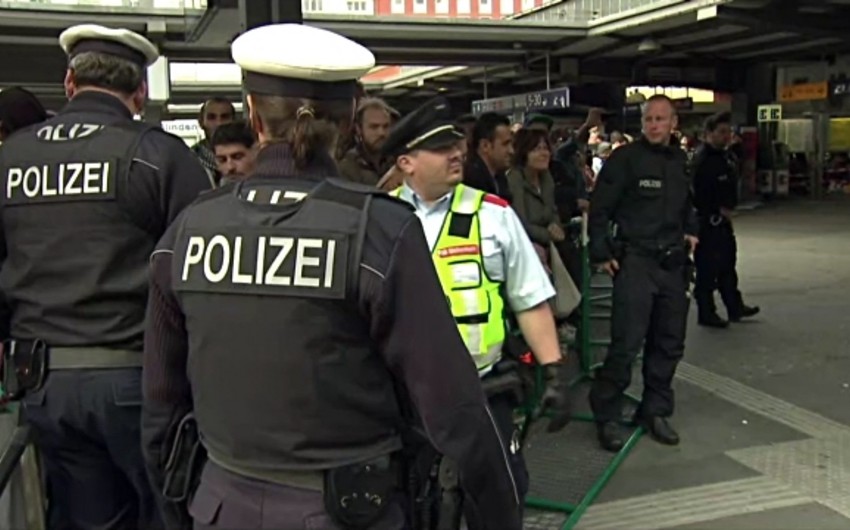 German police said they have found nothing in a suspicious package they located Wednesday near the main entrance to the office of German Chancellor, Report informs referring to the foreign media.

The German Federal Police in Berlin earlier had sealed off the premises of the chancellery. Eye witnesses said the two roads leading to the building had been blocked by two police cars and a fire engine stood also on the site.

The cabinet was due to hold its weekly meeting at 0830 GMT. A government official, who declined to be identified, said the meeting took place at the chancellery.

***12:24 Merkel's office cordoned off due to suspicious package

"We are investigating a suspicious package," a spokesman for the Federal Police in Berlin said.

The agency also cited an eyewitness as saying that there were allegedly 4 plastic yellow postal crates in the area.

"An unidentified object was found around 8:30 a.m. [07:30 GMT] during patroling rounds. Since the Office of the Chancellor is of particular importance, [police] started to immediately inspect the suspicious object. Currently all entrances are blocked with specialists working on the site," the spokesman said.

"The police are still dealing with the situation," he added. According to the spokesman, the building will be closed untill police are able to difine the level of threat.

It is not yet known if Angela Merkel was in the building at the time of the discovery.

No further details were provided.