​10th anniversary of the devastating tsunami marked in Indonesia

​10th anniversary of the devastating tsunami marked in Indonesia Vice-President and representatives of 36 countries, including Azerbaijan, attended the event 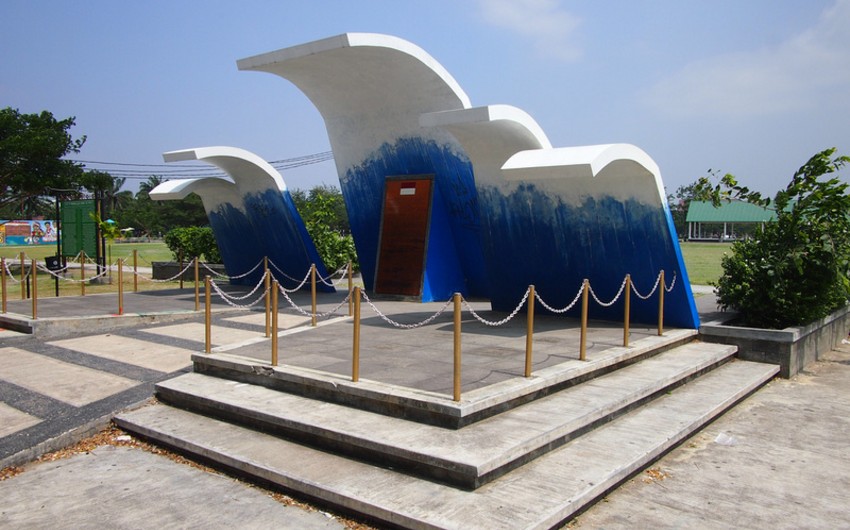 Baku. 26 December. REPORT.AZ/ A series of mourning measures, devoted to the bright memory of the victims died in devastating tsunami, that struck the country 10 years ago, kicked off in Indonesia. Report informs, today the 10th anniversary was marked in Aceh Banda Aceh, the capital most affected by the disaster in 2004.

The event was attended by Vice President Jusuf Kalla, as well as representatives of 36 donor countries that have assisted Aceh after the tsunami, including Azerbaijan.

Vice President, together with the guests visited the Friday prayers in memory of the tsunami victims in the Bayturrahman Banda Aceh mosque, visited the memorial in honor of the victims.

The representative of Aceh said that the Friday prayers in Banda Aceh was attended by about 8,000 people.

The memorial ceremony was also held in Thailand and Sri Lanka.

The Indonesian province of Aceh, the closest to the epicenter of the underwater earthquake, suffered most. 170,000 people died there. 100,000 houses and other public facilities were destroyed.